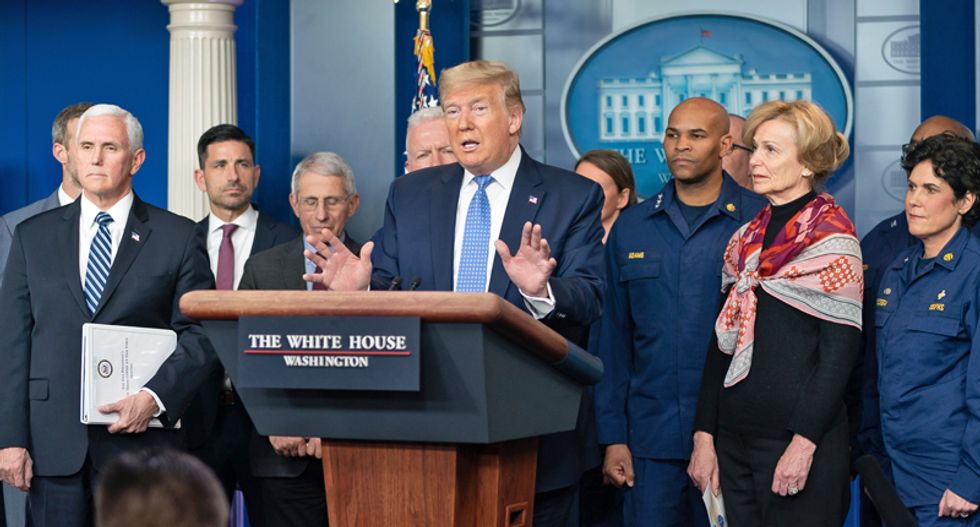 According to a new report from NBC News, members of President Trump's coronavirus task force warned against his plan to restart his rallies in the midst of a global pandemic.

"Dr. Anthony Fauci, the nation's top infectious disease expert, and task force response coordinator Dr. Deborah Birx both vocalized concerns internally in the last week about the safety of holding a rally with as many as 19,000 of people in an enclosed arena in Tulsa, Oklahoma on Saturday," NBC News reports.

"But President Donald Trump and his campaign advisers are proceeding with the event, which is expected to draw tens of thousands inside and outside the venue who will neither be socially distant nor required to wear face coverings. They claim attendees 'assume a personal risk” and “that is part of life.'" the report continued.

As NBC points out, it's been nearly two months since the last coronavirus task force press briefing. There is no current plan to bring back the once-daily press conferences, according to sources speaking to NBC.