Ex-State Dept IG told 3 Pompeo aides he was investigating their boss before he was fired: report 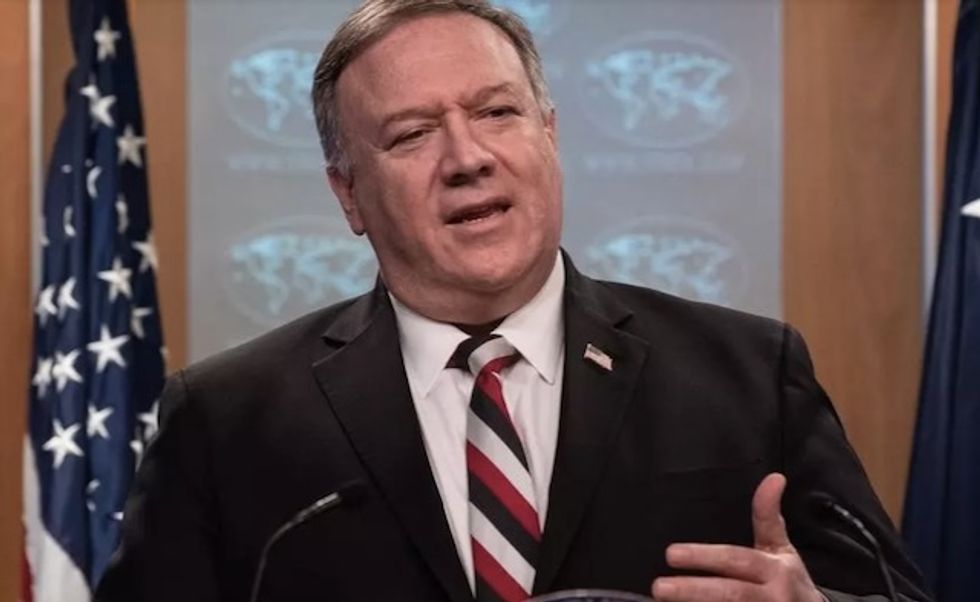 On Wednesday, NBC News' Josh Lederman reported that fired State Department Inspector General Steve Linick told Congress he had notified three top aides to Secretary of State Mike Pompeo that he had opened an investigation into the secretary and his wife, centering on their use of government resources — prior to being ousted.

This testimony is at odds with Pompeo's claim that he had no idea Linick was investigating that issue — as it suggests that several people in his inner circle did know about it.

@NBCNews The revelation potentially undercuts Pompeo’s public claim to have been unaware that Linick was looking in… https://t.co/xLRHR2F71O
— Josh Lederman (@Josh Lederman) 1591234119.0