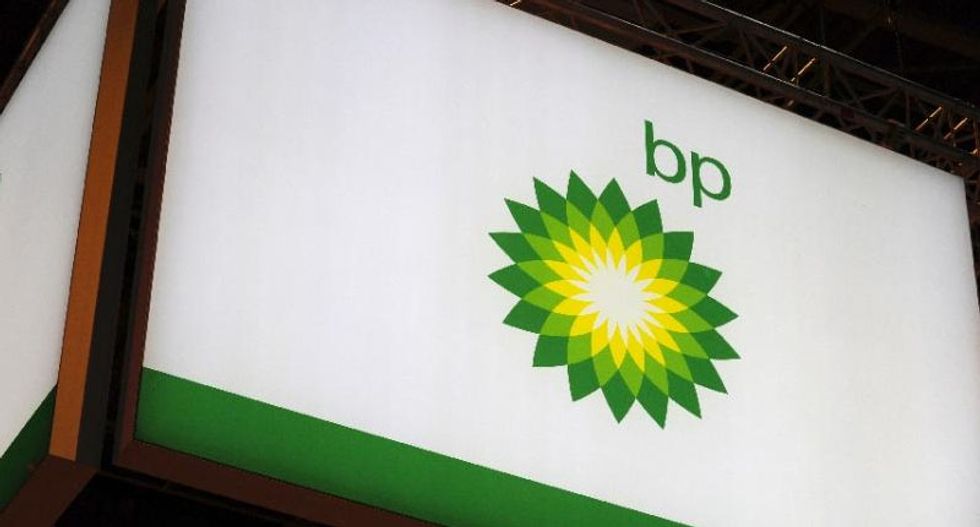 "Big Oil is finally admitting what we've been saying for the last ten years: their reserves of oil and gas are increasingly worthless because there's no way to safely, or profitably, produce them."

Fossil fuel giant BP announced Monday it will write down nearly $18 billion in existing assets, a move that climate advocates say is more evidence that the industry is undergoing a massive shift that will leave oil and gas reserves less and less valuable as the world pivots to more planet-friendly and financially-viable sources of energy.

"This huge dent in BP's balance sheet suggests it has finally dawned on BP that the climate emergency is going to make oil worth less."

"Big Oil is finally admitting what we've been saying for the last ten years," Fossil Free Media director and Stop the Money Pipeline campaign spokesperson Jamie Henn told Common Dreams. "Their reserves of oil and gas are increasingly worthless because there's no way to safely, or profitably, produce them."

The massive writedown comes as the economic impacts of the global coronavirus pandemic have converged with the preexisting financial crisis facing the fossil fuel industry due to surging renewables, a glut of oil and gas surplus in the global market, and the growing political demand to reduce emissions.

As The Hill explained:

In making the moves, the company cited both weakening demand and the possibility that the pandemic will speed up a transition to a lower carbon economy.

BP's massive writedown of oil reserves is another painful reminder that failure to respond to climate change is an… https://t.co/XYUf894f9b
— George Serafeim (@George Serafeim) 1592244163.0

BP's writedown is the company's largest since the 2010 Deepwater Horizon disaster.

The move by BP needs to be seen in context of the industry and the actions of other companies, wrote Bloomberg News columnist Chris Hughes:

The company's management is shifting from the bullish to the bearish group. On that basis, some fields won't earn adequate returns, and some of the world's fossil fuels that would have been extracted and burnt now won't be.

It's a moment to be compared not only with peers' comments of late, but with the seismic revaluations the industry has inflicted on investors over the past two decades—think ConocoPhillips' $34 billion of asset impairments in the financial crisis.

In a statement, Greenpeace U.K. senior advisor Charlie Kronick welcomed the company's change of tune and urged it to protect its workforce.

"As long as BP is drilling for oil, it's part of the problem."

"This huge dent in BP's balance sheet suggests it has finally dawned on BP that the climate emergency is going to make oil worth less," said Kronick. "BP must protect its workforce, and offer training to help people move into sustainable jobs in decommissioning and offshore wind."

In a statement, company CEO Bernard Looney cited the likelihood of a reorientation toward the Paris Agreement goals of lowering emissions in the post-coronavirus economic rebuilding as a major reason the company revalued its energy stock.

"We have reset our price outlook to reflect that impact and the likelihood of greater efforts to 'build back better' towards a Paris-consistent world," said Looney.

"BP is trying to spin this announcement as part of its transition to a 'green' company, but so far we haven't seen any fundamental changes to its business plan," said Henn. "As long as BP is drilling for oil, it's part of the problem."

"Save your applause until BP announces its ceasing all exploration and rapidly phasing out existing production," he added. "Until then, these vague commitments are about as meaningful as painting an oil rig green."