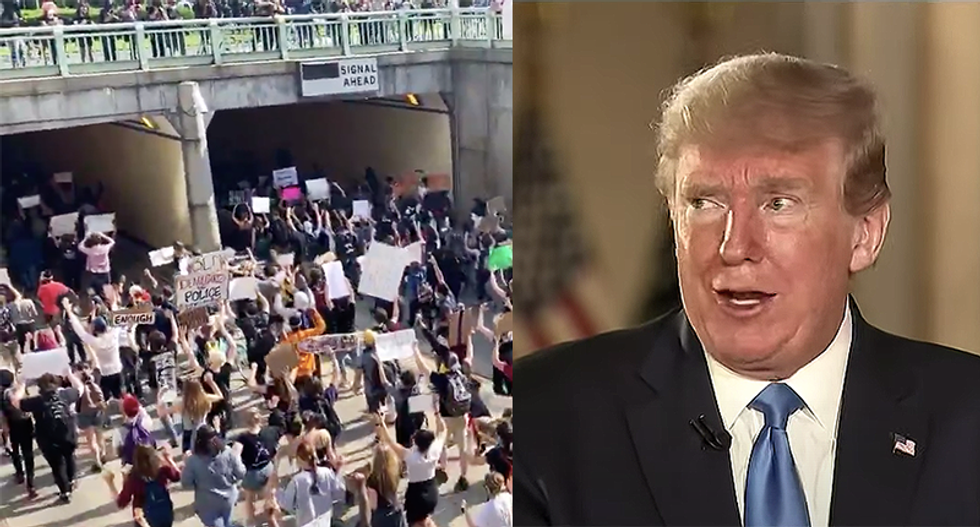 Hillsborough County Republican Party Chair Jim Waurishuk is coming under fire for a post on Facebook in which he warns that if President Donald Trump isn't reelected, "you will be murdered," reported FloridaPolitics.

Waurishuk posted a CBS.com story about President former Barack Obama saying that the protests could lead to "a turning point" in police reforms.

"I recognize that these past few months have been hard and dispiriting — that the fear, sorrow, uncertainty, and hardship of a pandemic have been compounded by tragic reminders that prejudice and inequality still shape so much of American life," he wrote. "But watching the heightened activism of young people in recent weeks, of every race and every station, makes me hopeful. If, going forward, we can channel our justifiable anger into peaceful, sustained, and effective action, then this moment can be a real turning point in our nation's long journey to live up to our highest ideals."

Waurishuk made his own comments about the story, saying, falsely, that Obama admitted that the Black Lives Matter protests are really all about the campaign against President Donald Trump.

"Hmmm...well look at this. Obama just about admitted that the coordinated mayhem was all about energizing their base to get out the vote. Funny how that works! By any means necessary," he wrote. "This leaves no doubt remaining that the Progressive Political-left Communists are willing to destroy and kill to achieve their goals? The ends justifies the means.

"Every American better wake up. If we loose (sic) this country you will loose (sic) your life. If you're a Republican, Conservative, Democrat Trump supporter, etc. -- you will be murdered. You will be dragged from your burning home and be beat to death. This is a fact. This what they stand for," he closed.

He not only faced attacks on the Facebook post, but his own party also came out against him.

"It seems there was no purpose to that post," ex-Hillsborough County Republican Party Chair Deborah Tamargo said. "How does this address issues we're dealing with today?"

"This is going to be so much fun watching your downfall, the GOP's downfall, AND the Orange Twatwaffle going to prison after Nov 3rd," said Facebook users Ed.

"You are an embarrassment to both Florida and Republicans, which I didn't even think was possible," said user Tim.

You can see the full post below and read the full report from Florida Politics.