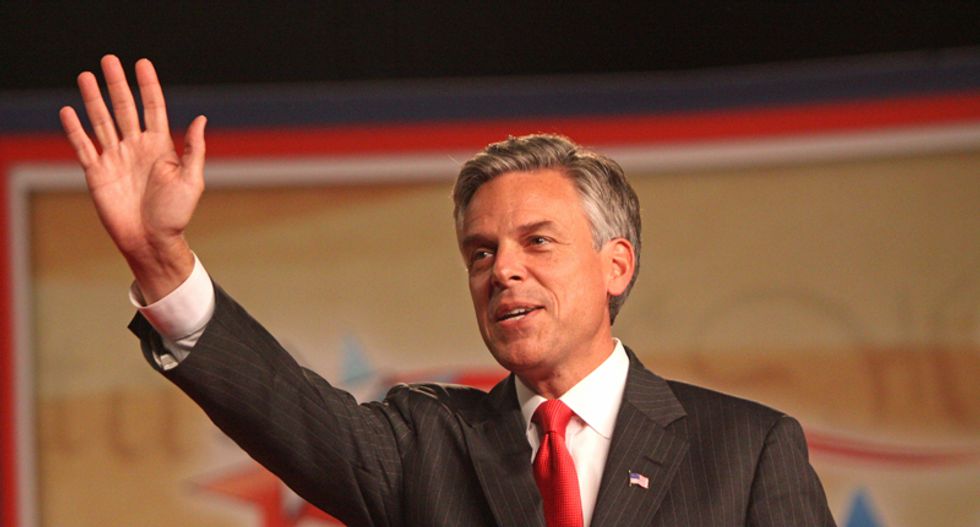 This comes despite the fact that four members of his campaign to retake the Utah governor's mansion have already tested positive for coronavirus.

Received a call from @saltlakehealth saying they had given me wrong results. Still awaiting my results from COVID-1… https://t.co/9N2PqCba2Q
— Jon Huntsman (@Jon Huntsman) 1591724606.0

"Abby Huntsman, daughter of the former governor who again is running for his old office, said in an interview that the county health department — which arranged tests for the family — told him the negative result was actually from a test that he had last month, when he really was negative," reported Lee Davidson. "She said the family thought the negative report on Monday 'was weird because they didn’t have any of our other results done. We all did it together. And he was negative, which I also thought was weird because he had some symptoms.'"

“At this point, I’m not sure we’re going to get the tests back,” Abby Huntsman added. “We’ve all had symptoms. So we just assume that we’ll probably all be positive. But until you get a positive test, it’s just crazy anxiety that you build up.”