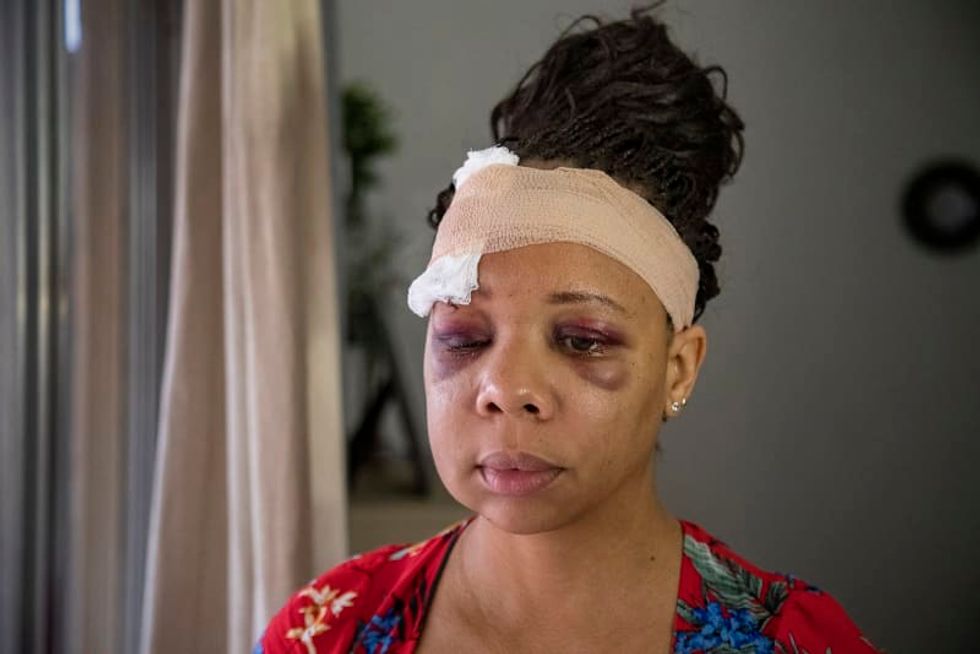 The Fort Lauderdale Police Department has opened an internal investigation into an officer who shot a woman in the head with a foam rubber bullet at a protest on Sunday, fracturing her eye socket and leaving her bloody and stunned.Shooting someone in the head with such a projectile can be deadly, according to manufacturer documents.“This particular case, we felt from what we saw, could potentially be a violation of policy,” Fort Lauderdale Police Chief Rick Maglione said in an interview late Wednesday. “A ‘less lethal round’ striking someone around the head, neck or groin, you could hu...