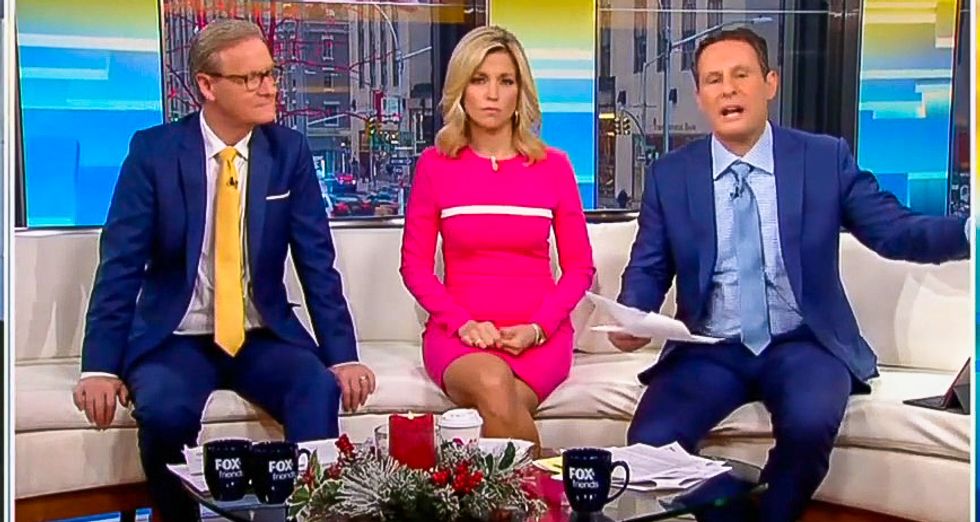 A "Fox & Friends" segment highlighting the damage that looters have done to businesses during anti-police brutality protests took a strange turn when a business owner reveal much of the damage to her store had been caused by police actions.

During the segment, business owner Kelly Kandah was asked about how violent protests in Cleveland had harmed her Colossal Cupcakes store.

While Kandah said that looters did smash her store's windows, she said the more lasting damage came from the police response to the looters.

"[Cleveland Police Department had] to use so much teargas to get through to us to get us out of there," she said. "We're a bakery and we're using counters, you know, lots of wood, to roll out our ingredients. And we were told we can't use it because [the wood] is porous."

She then explained that the teargas used by police has also seeped into the business's wall and ducts, which she described as "deeper damage than I even would have expected."

Watching a cupcake shop owner talk about the damage looters did to her business, and most of what she talks about i… https://t.co/2SXTBWtN3O
— Bobby Lewis (@Bobby Lewis) 1591618533.0