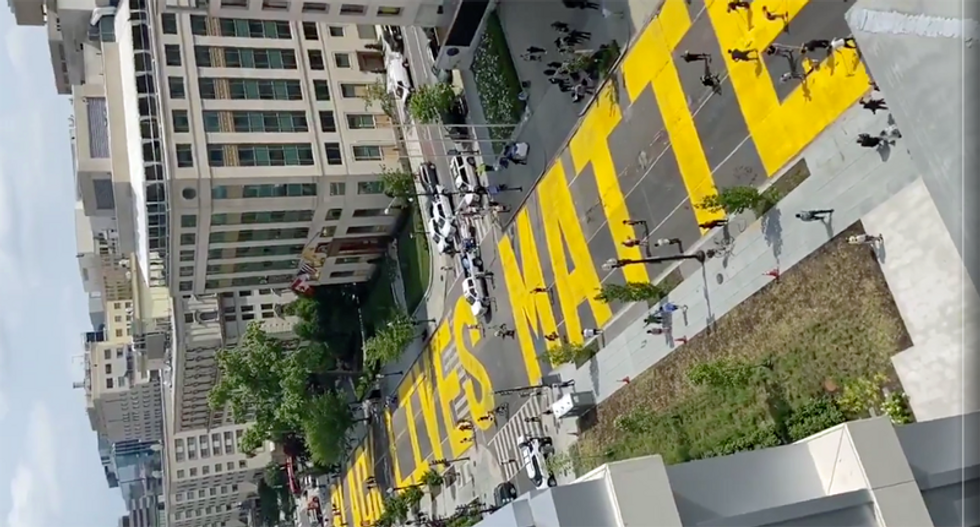 On Monday evening, a Fox News personality offered a perplexing view on whether or not black lives matter.

"Mitt just wants to make sure Americans understand -- get it through their thick heads -- that black lives matter, as if Americans didn't know that," Carlson said.

Minutes later, he complained that President Donald Trump was losing in the polls.

Instead of suggesting Trump acknowledge that black lives matter, Carlson instead blamed Republicans for not arguing that the Black Lives Movement is "wrong" so they can "protect the country."

Tucker Carlson: In order to "protect the country," Republicans must tell the country what is "wrong" and "flawed" a… https://t.co/ldkXQS6Ll4
— John Whitehouse (@John Whitehouse) 1591662297.0

Do you want to see how angry Tucker Carlson got about "Black Lives Matter Plaza"? https://t.co/GlHoUVcXpl
— Andrew Lawrence (@Andrew Lawrence) 1591662568.0