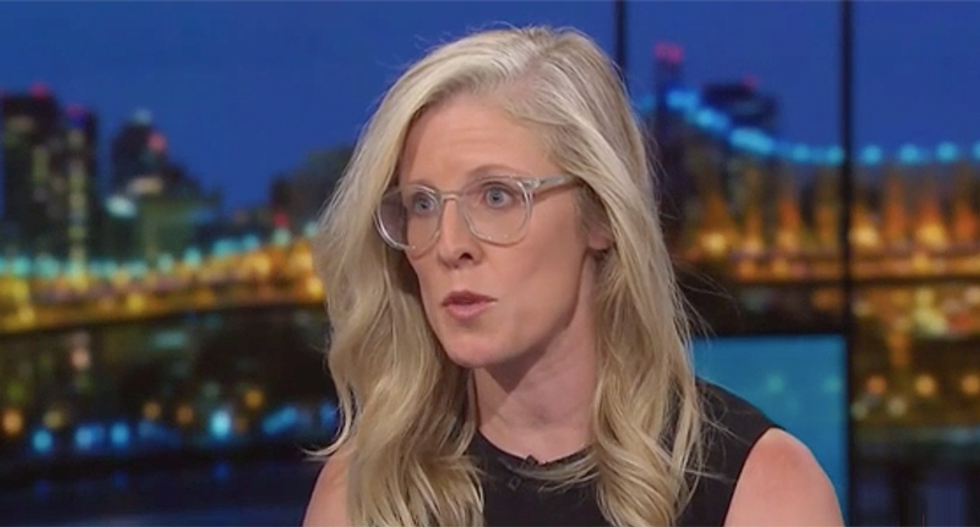 Fox News was blasted by one of the network's former reporters for running a disinformation campaign from "white nationalists" as cities across the country deal with crises of civil unrest.

On Tuesday, Fox News ran a story from a single government source alleging Antifa would be causing mayhem in the suburbs.

"Agitators behind the rioting that has paralyzed the country over the past week want to move into more suburban areas, a government intelligence source has told Fox News," Hollie McKay reported for the network. "Much of the worry stems from the notion that many in well-armed, suburban, and rural neighborhoods won't hesitate to exercise their Second Amendment rights and elevated anxieties could lead to heavy confrontation. 'Antifa knows this," said the source, who spoke on the condition of anonymity. "Local and state authorities have to get a grip on this because if it moves to the suburbs, more people will die.'"

"I used to work at Fox News so I understand the ethical gymnastics that go on there but this is going to give me a heart attack," she posted on Twitter.

"One source. Unnamed. With literally zero evidence. To claim antifa is 'coming to the suburbs.' This is beyond," Zadrozny explained.

"This article is a chain letter. It's a disinfo campaign from white nationalists. Fox News wants to scare white people into believing that black, brown, and radical people are coming for them," she wrote. "It's ludicrous. It's dangerous."

"They should be ashamed," she added.