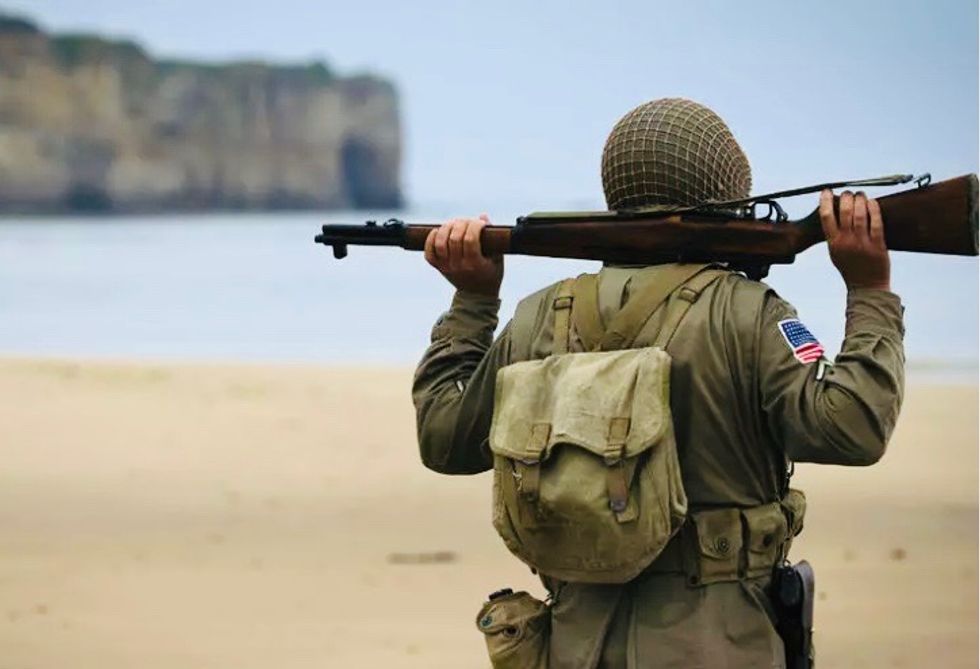 At daybreak on Saturday, Charles Shay stood lonesome without any fellow veteran on the very same beach where he waded ashore 76 years ago, part of one of the most epic battles in military history that came to be known as D-Day and turned the tide of World War II.

Compared to last year, when many tens of thousands came to the northern French beaches of Normandy to cheer the dwindling number of veterans and celebrate three quarters of a century of liberation from Nazi oppression, the coronavirus lockdown turned this year's remembrance into one of the eeriest ever.

“I am very sad now," said Shay, who was a 19-year-old U.S. Army medic when he landed on Omaha Beach under horrific machine-gun fire and shells. “Because of the virus, nobody can be here. I would like to see more of us here," he told the Associated Press.

Normally, 95-year-old Shay would be meeting other survivors of the 1944 battle and celebrating with locals and dignitaries alike, all not far from his home close to the beaches that defined his life.

“This year, I am one of the very few that is probably here," he said, adding that other U.S. veterans could not fly in because of the pandemic.

When a full moon disappeared over land and the sun rose the other side over the English Channel, there was no customary rumble of columns of vintage jeep and trucks to be heard, roads still so deserted a hare sat alongside them.

Still the French would not let this day slip by unnoticed, such is their attachment to some 160,000 soldiers from the United States, Britain, Canada and others who spilled their blood to free foreign beaches and fight on to finally defeat Nazism almost one year later.

“It's a June 6th unlike any other," said Philippe Laillier, the mayor of Saint-Laurent-Sur-Mer, where he staged a small remembrance around the Omaha Beach monument. “But still we had to do something. We had to mark it."

The moment the sun broke over the ocean, the Omaha Beach theme from Saving Private Ryan blared across the sand for a few dozen locals and visitors dressed in vintage clothing.

The lack of a big international crowd was palpable though.

The pandemic has wreaked havoc across the world, infecting 6.6 million people, killing over 391,000 and devastating economies. It poses a particular threat to the elderly — like the surviving D-Day veterans who are in their late nineties or older.

It has also affected the younger generations who turn out every year to mark the occasion. Most have been barred from traveling to the windswept coasts of Normandy.

It did not affect Ivan Thierry, 62, a local fisherman who catches seabass around the wrecks that still litter the seabed nearby. He was holding an American flag in tribute even before dawn.

“There is not nobody here. Even if we are only a dozen, we are here to commemorate," he said.