‘Get out of here, boy’: White man caught on video punching Black photographer at protest 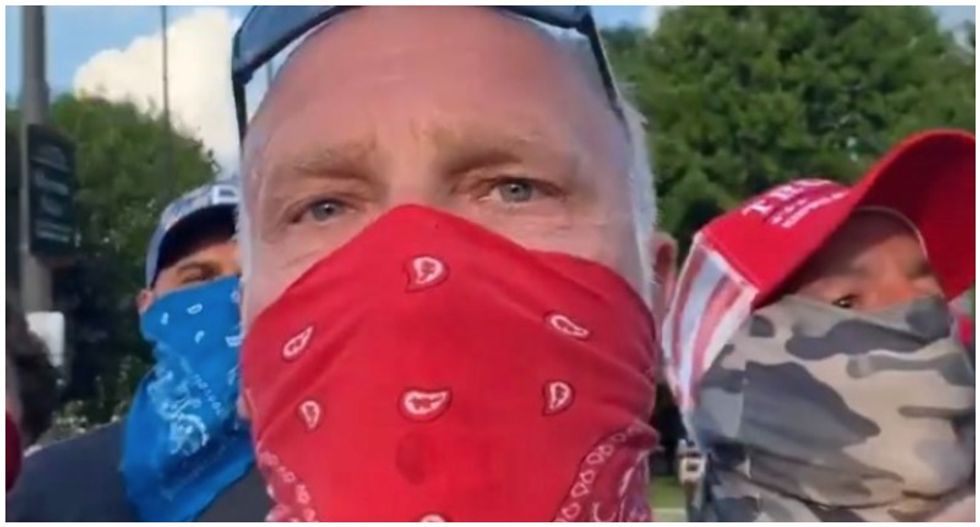 A Philadelphia man has been arrested and charged with assault after he allegedly punched a Black photographer and made racially-charged comments during a confrontation with protesters.

According to Fox29, John Mooney, 58, was charged with ethnic intimidation, simple assault, recklessly endangering another person, and harassment.

In a video that has made the rounds on social media, Mooney can be seen verbally taunting and threatening violence against racial justice protesters. He also repeatedly tells the photographer, a Black man, to “Get out of here, boy,” before punching him in the face.

“For four consecutive weeks, thousands of Philadelphians have been peacefully taking to the streets to demand equal justice and accountability for all institutions, including the Philadelphia Police Department, and have done so without wielding bats, hammers, firearms, or racial epithets," District Attorney Larry Krasner said.

"During widely documented altercations in the Fishtown neighborhood and at Marconi Plaza in South Philly, anti-racism protesters and journalists have been verbally and physically assaulted, in direct view of law enforcement officers who have – by the numbers – made far more arrests of protesters and journalists than they have of these bat-wielding, assaultive, and threatening individuals.," he added.