Global vaccines program gets $8.8 billion shot in the arm 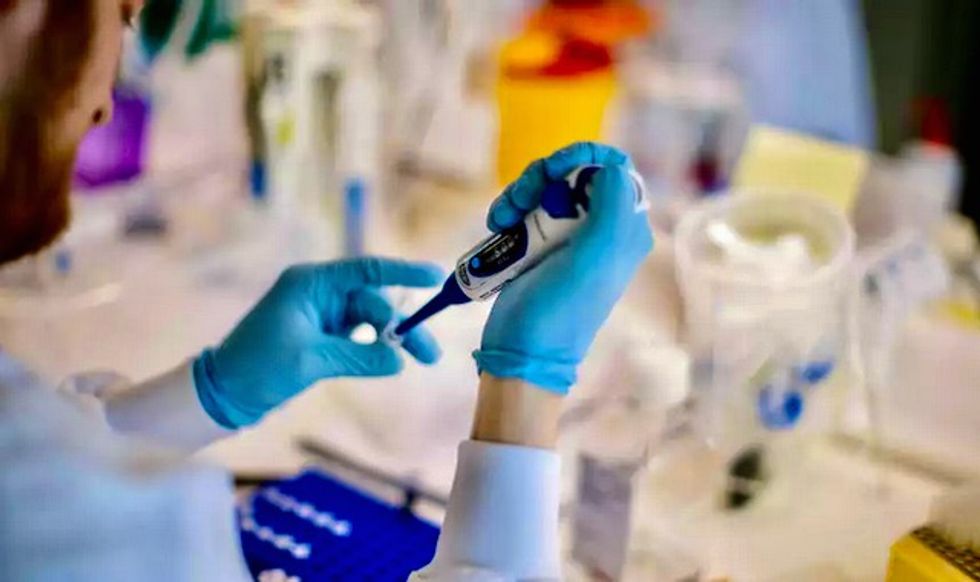 Governments around the world on Thursday pledged $8.8 billion for global vaccines alliance Gavi to help immunization programs disrupted by coronavirus, prompting calls for global cooperation to ensure a potential COVID-19 vaccine is available to all.

The online meeting beat a target to raise $7.4 million to provide vaccines at a much reduced cost to 300 million children worldwide over the next five years.

More than 50 countries took part as well as individuals such as billionaire philanthropist Bill Gates, whose foundation pledged $1.6 billion.

"Together, we rise to fulfill the greatest shared endeavor of our lifetimes -- the triumph of humanity over disease," said British Prime Minister Boris Johnson, who hosted the summit.

"Today we make the choice to unite, to forge a path of global cooperation."

Scientists around the world are racing to develop and test a coronavirus vaccine and United Nations Secretary General Antonio Guterres said it must be available to everyone.

"A vaccine must be seen as a global public good -- a people's vaccine, which a growing number of world leaders are calling for," he said in a video message.

There needs to be "global solidarity to ensure that every person, everywhere, has access".

The pandemic has exposed new ruptures in international cooperation, notably with US President Donald Trump's decision to pull out of the World Health Organization (WHO).

But Gavi chief executive Seth Berkley insisted there must be a "global perspective".

"At the end of the day, if you have large outbreaks of COIVD anywhere in the world, it threatens the world," he said.

The United States pledged $1.16 billion to Gavi's fundraising drive, and Trump sent a recorded message to the conference.

"As the coronavirus has shown, there are no borders. It doesn't discriminate," he said.

"It's mean, it's nasty. But we can all take care of it together... we will work hard. We will work strong."

The coronavirus pandemic has infected more than 6.5 million and killed over 385,000 people since emerging in China last December, according to an AFP tally of official sources.

If a vaccine is developed, Microsoft founder Gates said Gavi hoped to be able to buy it for the poorest countries.

He said pharmaceutical companies had been working together to try to secure the required production capacity.

"It's been amazing, the pharmaceutical companies stepping up to say 'yes, even if our vaccine is not the best, we will make our factories available'," he told BBC radio.

Stay-at-home orders have been imposed across the world to stem the spread of coronavirus, causing huge economic disruption and the suspension of routine immunization programs for preventable diseases such as measles and polio.

The WHO, UN children's agency UNICEF and Gavi warned last month that vaccine services were disrupted in nearly 70 countries, affecting some 80 million children under the age of one.

Polio eradication drives were suspended in dozens of countries, while measles vaccination campaigns were also put on hold in 27 countries, UNICEF said.

Recent modeling from the London School of Hygiene and Tropical Medicine estimated that for every coronavirus death prevented by halting vaccination campaigns in Africa, up to 140 people could die from vaccine-preventable diseases.

Since it was formed in 2000, Gavi says it has helped to immunize more than 760 million children.

But Berkley warned: "These historic advances in global health are now at risk of unravelling as COVID-19 causes unprecedented disruption to vaccine programs worldwide."

Ethiopian President Sahle-Work Zewde told the meeting that her nation had seen "how the life of a helpless child is transformed to a better future through immunizations".

She added: "As much as a coordinated and cooperative global response is needed to develop a COVID-19 vaccine, we should not lose sight of the fact that the vaccine's success is strongly linked to maintaining routine immunization.

"Which means the need to maintain the supply chain and the immunization infrastructure as well."

A man who allegedly shot a 7-year-old Jewish boy and his father outside a NYC kosher market with a BB gun has been arrested and charged with a hate crime, The Times of Israel reports.

The boy and his father were shot with the BB gun from a passing vehicle while exiting a Staten Island kosher grocery store on Sunday. The child was hit in the ear and the father in the chest. Jason Kish, 25, was charged with assault as a hate crime, acting in a manner injurious to a child under age 17, reckless endangerment and assault.

A former assistant to a Florida Republican congressional candidate was arrested on kidnapping, sexual battery and other charges.