GOP candidate: COVID-19 restrictions are a 'knee on the neck' of workers just like George Floyd 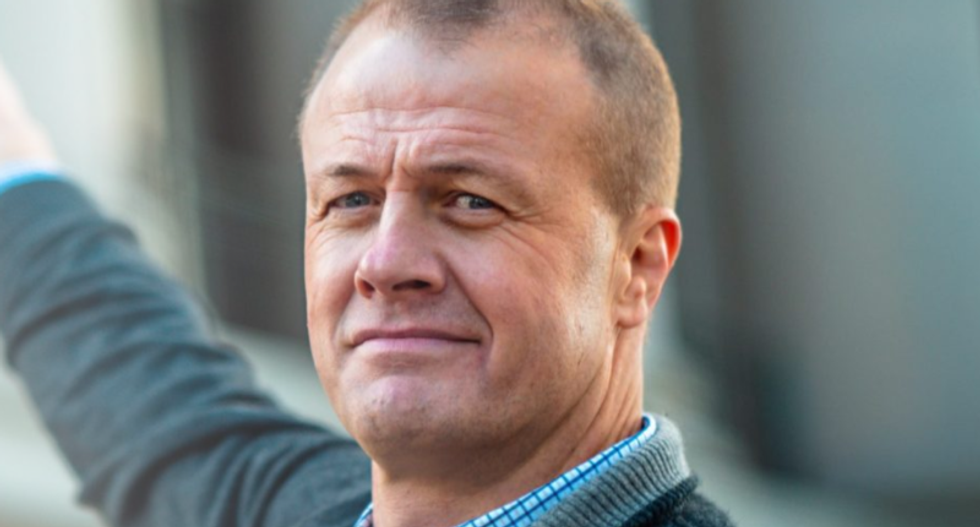 Image via Tim Eyman for Governor.

On Thursday, The Daily Beast reported that Tim Eyman, one of several Republicans hoping to run against Gov. Jay Inslee (D-WA), "repeatedly" compared his state's COVID-19 restrictions to the police killing of George Floyd.

"Speaking in a Facebook live video posted over the weekend, Eyman said Washington Gov. Jay Inslee (D-WA) 'has his knee on the neck' of residents in the state who “he deems non-essential.” Eyman also said the remarks in an appearance in the city of Pasco on Tuesday," reported Hanna Trudo. "On Thursday, he did it again, several times, posting a 20-minute video embedded in a lengthy fundraising email. 'On Facebook live this weekend and also in Pasco on Tuesday, I said that. I'm saying it again today. I'm going to keep saying it. Because it's true.'"

"Eyman was criticized locally for using the imagery of Floyd’s death for the purposes of pushing an end to public health restrictions related to the COVID pandemic," said the report. "But when asked if he would apologize, Eyman did not walk back his comments, but rather said: 'Nothing disgusts me more than when government officials abuse their power and cost people their lives. Jay Inslee has inflicted devastation on millions of people he deemed non-essential. I hear from them every day.'"

"Asked by The Daily Beast if Eyman stands by his initial remarks and would like to comment further, a spokesperson for his campaign pointed to Eyman’s fundraising email pitch against Inslee, before adding an additional comment," said the report. "'With all the attention on the unnecessary killing of George Floyd, Tim appreciates you helping him also shine a spotlight on those suffering under Jay Inslee's devastating edicts, many of whom will lose their lives to suicide, drug abuse and delayed medical treatment. They will never have their stories told. It's courageous of you to break with much of the media and help your readers consider those silently suffering.'"