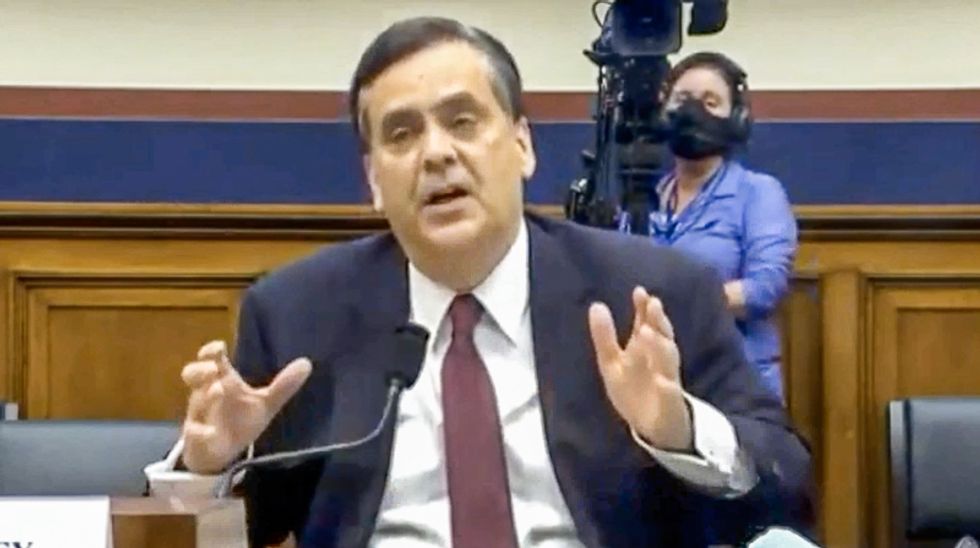 George Washington University Professor Jonathan Turley, a witness for House Republicans, on Monday said that Attorney General William Barr should resign if he knew about President Donald Trump's Lafayette Square photo op before protesters were forcefully cleared from the area.

"There was evidence the plan was put into place 48 hours before," Turley told the House Oversight Committee. "Even if those facts are true, it does not answer whether the president's photo op played a role in the size of the perimeter, the decision to move people all the way to I Street, for example."

"Those are things that are legitimate questions," he continued. "If Attorney General Barr cleared that area for the purpose of the photo op, despite knowing him for many years, being a graduate of our law school, I would immediately call for him to step down because that would be an outrageous use of power."

He added: "If this was done to intimidate people, this would be a serious problem."

Barr, who ordered the square cleared and participated in the president's photo op, is on record denying that he knew the event was going to take place.

Watch the video below from the House Oversight Committee.