'He was literally in the bunker': Kayleigh McEnany faces heat in briefing over Trump inaction on George Floyd 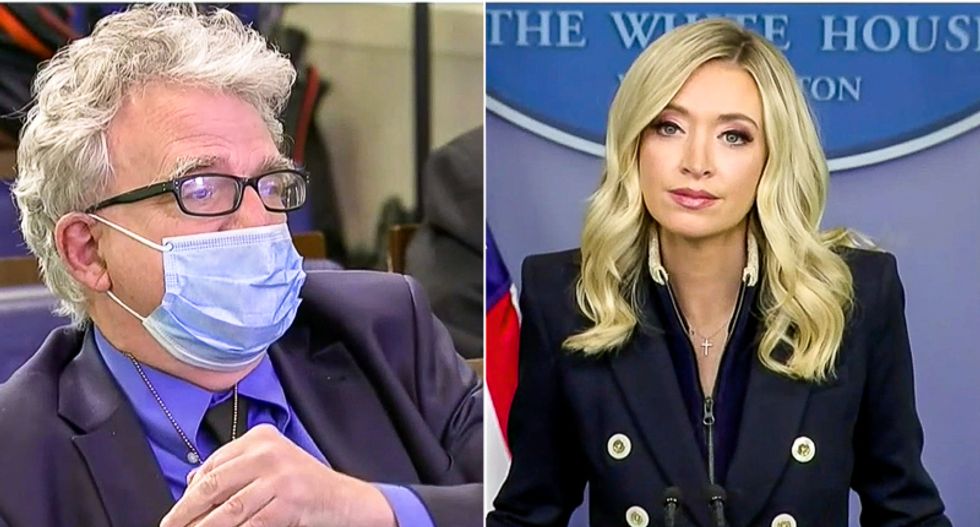 White House Press Secretary Kayleigh McEnany faced questions on Monday about why President Donald Trump seemed to be "hiding" in the White House bunker instead of addressing America's racial wounds.

"There is the perception that the president is hiding in the bunker on the racial protests issue," one reporter told McEnany at Monday's briefing. "He was literally put in a bunker on Friday night by the Secret Service. I mean, would you agree that he's hiding out on this issue? And is that a good posture to be?"

"I would not agree with that at all," McEnany replied, noting that she had spoken to the president by phone "at least a half of dozen times yesterday. And every time I talk to him, he was telling me about a different action he had taken."

"This president has been leading, he met with generals yesterday," she continued. "He's at each and every moment taking another action to try to solve and resolve what we've seen in our streets. Where the governors have failed, he's stepped in."

"He's acting!" McEnany added. "He's hard at work. You've heard from him on this issue any number of times."

White House @PressSec Kayleigh McEnany: "Make no mistake, this president has not been silent. At this moment he is… https://t.co/ZleiZCtRLV
— CSPAN (@CSPAN)1591036948.0