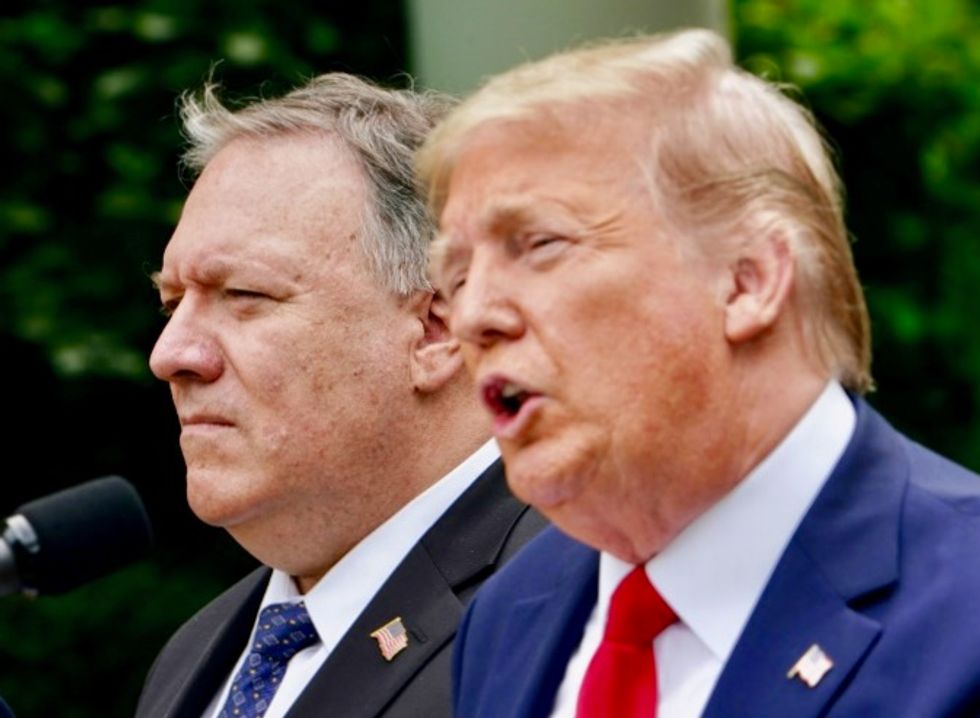 Although Gen. James Mattis was obviously quite frustrated when he resigned from his position as secretary of defense in December 2018, he has been reluctant to criticize President Donald Trump — until now. With the United States being rocked by huge nonviolent “Justice for George Floyd” demonstrations as well as by civil unrest while the president threatens to use the U.S. military and the Insurrection Act of 1807 against U.S. citizens — and all of this during the coronavirus pandemic — Mattis could stay silent no longer. The former defense secretary is now denouncing Trump as dangerously authoritarian and applauding nonviolent protestors.

“Donald Trump is the first president in my lifetime who does not try to unite the American people — does not even pretend to try,” Mattis asserted. “Instead, he tries to divide us.”

Trump, as expected, has responded with childish tweets, writing, “Probably the only thing Barack Obama & I have in common is that we both had the honor of firing Jim Mattis, the world’s most overrated General.” And that is an inaccurate statement because Mattis wasn’t fired; he quit.

But Mattis is hardly the only former Trump Administration official the president has trashed. Here are six others.

Liberals and progressives have rightly critical of Jeff Sessions over the years, but the former U.S. attorney general showed some integrity when he recused himself from former special counsel Robert Mueller’s Russia investigation in 2017 — and Trump angrily fired Sessions after the 2018 midterms. Trump has insulted Sessions repeatedly, calling him everything from “weak” and “ineffective” to “stupid.”

When Trump chose Rex Tillerson as his first secretary of state in 2017, he was glad to have him in his administration. But their relationship soured when Tillerson challenged Trump on foreign policy matters; Trump hates constructive criticism. And in a May 23, 2019 tweet, Trump described his former secretary of state as “dumb as a rock” and “ill-equipped.”

Although Trump is generally quite unpopular in the African-American community, there have been exceptions — including hip-hop star Kanye West (a rare example of a rapper proudly wearing his MAGA hat) and Omarosa Manigault Newman, a former contestant on the reality show “The Apprentice” (which Trump hosted in the 2000s). Newman was once a Trump ally, but after leaving his administration and writing her book, “Unhinged,” she called him out for making racist remarks — and Trump angrily responded by describing her as “that dog.”

Anthony Scaramucci, who briefly served as the Trump Administration’s communications director in July 2017, went from Trump ally to blistering Trump critic. The right-wing Republican has denounced Trump as a “full-blown demagogue” and a “congenital liar,” and Trump has described Scaramucci as a “highly unstable nut job.”

Anthony Scaramucci is a highly unstable “nut job” who was with other candidates in the primary who got shellacked,… https://t.co/kppQGbYmQx
— Donald J. Trump (@Donald J. Trump)1566220786.0

Neocon war hawk John Bolton, former national security adviser in the Trump Administration, became highly critical of Trump because of, among other things, the Ukraine scandal and the president’s efforts to pressure Ukrainian President Volodymyr Zelensky into investigating a political opponent: former Vice President Joe Biden, now the presumptive 2020 Democratic presidential nominee. And now, there is incredibly bad blood between Trump and Bolton, who Trump has described as an opportunist who will say anything to sell books.

Like Bolton, Tillerson and Mattis, former White House Chief of Staff John Kelly reached the point where he no longer remain silent about Trump’s foreign policy blunders. And Trump now hates Kelly with a passion. On February 13, the president tweeted, “When I terminated John Kelly, which I couldn’t do fast enough, he knew full well that he was way over his head. Being Chief of Staff just wasn’t for him. He came in with a bang, went out with a whimper.