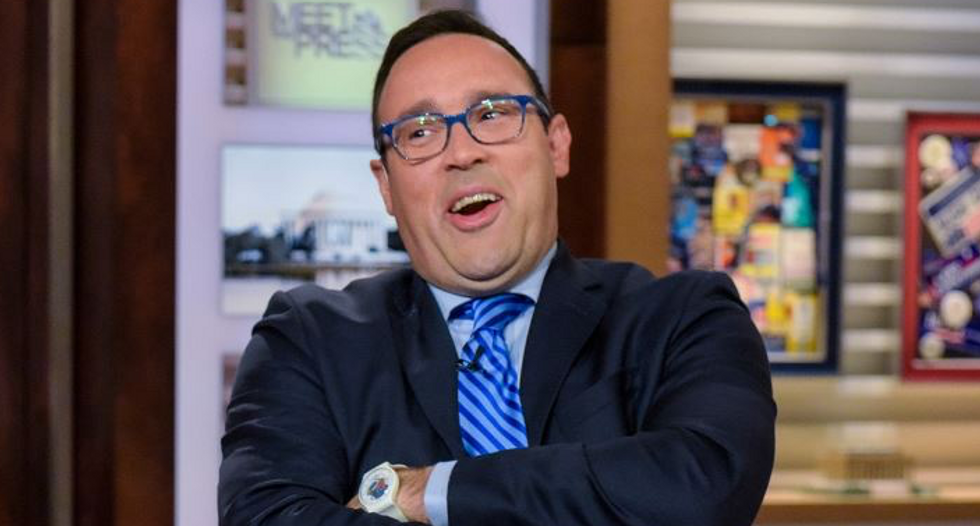 Here’s an easy prediction: Over the next six-to-eight weeks, dozens of columns will be published that follow the same template. They’ll begin by reviewing the polls and discussing how “daunting” Trump’s prospects look at present, usually with a focus on how poorly he’s faring in Wisconsin, Michigan and Pennsylvania–and maybe Florida–and among college-educated whites in the burbs, women and/or Obama-to-Trump voters.

They will then note that Hillary Clinton also led Trump by a similar margin in the nationwide polling in 2016, but won’t say that it was only for a few days that March. They might add that Mike Dukakis and George H.W. Bush had healthy leads at this point in their races before going on to lose badly.

These columns will all include some variation of, “with four months to go (or, a month from now, with three months to go), there’s still plenty of time to turn this around.”

The pundit will then argue that despite the grim outlook, there is one thing that Trump could do to “reset” or “right the ship” of his campaign, and this will be something that he’s proven totally incapable of doing. Perhaps it will be showing human empathy, competently managing the pandemic or winning over people of color. (An equally implausible alternative would be arguing that he can still rebound if we manage to put the pandemic behind us and the economy starts roaring back by November.)

As soon as it’s no longer possible to write that there’s still plenty of time left, the punditry will shift to relentless attempts to make the race seem more competitive than the polls would suggest. Expect constant speculation that every flub or gaffe Joe Biden makes–and every window that gets broken or statue that’s pulled down by protesters–may be just the thing that finally drives those college-educated white women back into Trump’s embrace.

I will ridicule these columns and you should too. But to be fair, 2020 is an inherently terrible cycle for pundits. They have to file a couple of columns per week to pay the rent. And there are three factors that will make it harder than ever for them to submit a decent one.

First, all election analyses, whether by political scientists, data-journalists or pundits, are based on past experience. But an incumbent who was a wildly polarizing reality-TV star and is incapable of shifting strategy or moderating his rhetoric is a first. More importantly, unless you’re 100 years old, you’ve never experienced an election year in which unemployment topped 11 percent, and unless you’re 120, you’ve never lived through a pandemic of this scale. There’s no precedent for 2020, and any analysis that rests on comparisons to past elections, as many do, will be largely worthless.

Second, and related to the first, Trump’s popularity, or lack thereof, has been unprecedented in its stability. Every other incumbent during the modern polling era had experienced periods when they enjoyed a degree of popular support and others when they did not. Trump’s net approval (approval rate minus disapproval rate) in FiveThirtyEight’s average went underwater on his 15th day in office and has stayed there ever since. Many of his supporters love him and most of his opponents despise him, and until the pandemic hit, those numbers had hardly budged. As Harry Enten wrote last month, Biden’s lead in the polls is also the most stable in modern history, and that was true before we had ever heard of Covid-19. Most of a pundit’s job consists of analyzing how a candidate might win over or alienate one group of voters or another (or voters in one region or another) and this year, it’s hard to imagine that any debate performance or policy proposal or gaffe could change the dynamic of the race. Trump can and probably will narrow the gap somewhat, but he isn’t going to become popular during a pandemic that will probably have killed 200,000-plus Americans by Election Day.

Finally, Trump can win a second term, but his paths to getting there are all impossible to predict and fall outside of the bounds of mainstream political analysis. He could eke out another Electoral College win through relentless voter suppression and intimidation, various forms of ratf*cking or some massive and unforeseeable glitches with millions of absentee ballots. If Biden’s victory rests on a couple of red states, their legislators could give their electoral votes to Trump when he declares that the election was tainted by widespread fraud. And, unlikely as it may be after 40 years in the public eye, something heinous in Biden’s past could emerge. These and other potential “October surprises” are all scenarios that we won’t see coming in advance.

So let’s spare a thought for America’s pundits. They have to try to write interesting things about a race featuring a historically unpopular, wildly polarizing incumbent who’s trailed his opponent consistently for 18 months during an unprecedented period of crisis. His only chance of winning is by becoming a completely different person or via some unpredictable sequence of events. If not for down ballot races, they’d really have almost no chance of offering any analysis that’s both interesting and accurate.

At least it will be a great year for media critics.