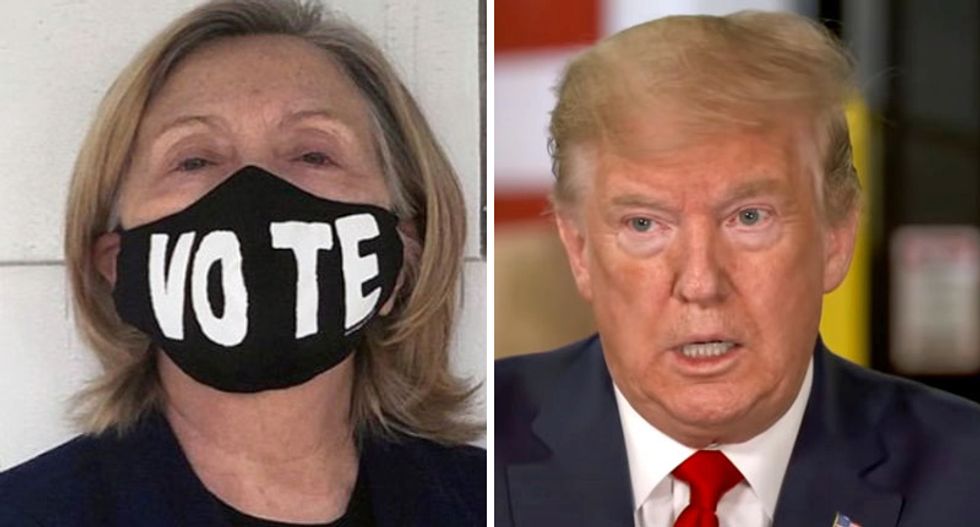 Clinton in particular scorned Trump for refusing to wear a mask in public, when his own administration recommends it as a COVID-19 precaution. "He’s such an insecure man," said Clinton. "He thinks it will make him less than he believes he is."

"Trump and the Republicans will do everything they can to prevent people from voting," she said. "That’s why they are against vote by mail. That’s why they passed these ridiculous laws to try to limit the electorate."