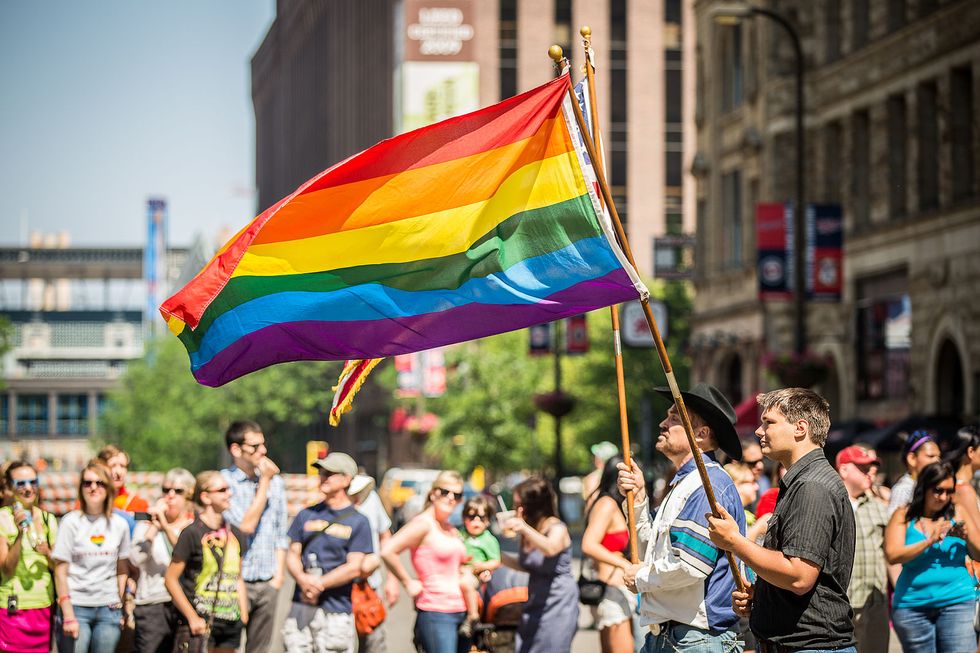 In a 6-3 Supreme Court decision, with President Donald Trump's nominee Neil Gorsuch writing the majority opinion with progressive justices, the Court has ruled that sexual orientation and gender identity is protected under the Civil Rights Act.

The case was about people who could get married over the weekend and still be fired on Monday for their sexual orientation. Title VII of the Civil Rights Act of 1964 fully covers such individuals, the Court ruled.

The dissenters were Justices Clarence Thomas, Samuel Alito and Brett Kavanaugh. The fact that Kavanaugh was one of the dissenters is going to cause problems for Sen. Susan Collins (R-ME), who is up for reelection in Maine. She gave Kavanaugh a pass, when he told her he believed in existing case law on several issues.

“An employer who fires an individual for being homosexual or transgender fires that person for traits or actions it would not have questioned in members of a different sex,” Gorsuch wrote. “Sex plays a necessary and undisguisable role in the decision, exactly what Title VII forbids.”

"[I]t is impossible to discriminate against a person for being homosexual or transgender without discriminating against that individual based on sex," Gorsuch also said.

In the case, Aimee Stephens, a trans woman was fired from a funeral home where she worked when she came out saying that she would live the rest of her life as a woman. Stephens has since passed away, not living to see the ruling. In the LGBQ portion of the ruling, Gerald Bostock, an award-winning child social services coordinator in Georgia, was fired after it was discovered he joined a gay softball league.

The oral argument claimed that the law was passed in 1964 and the opposition said that there were homosexual people and the law could have included those individuals then if it intended to. The legal team for the opposing side demolished the argument by saying that many things weren't laws in 1964 like sexual harassment, which people now view as illegal.

In the dissent, Justice Alito outright attacked Gorsuch, saying that he was betraying Scalia with his ruling.

"The Court attempts to pass off its decision as the inevitable product of the textualist school of statutory interpretation championed by our late colleague Justice Scalia, but no one should be fooled. The Court's opinion is like a pirate ship. It sails under a textualist flag, but what it actually represents is a theory of statutory interpretation that Justice Scalia excoriated--the theory that courts should 'update' old statutes so that they better reflect the current values of society. See A. Scalia, A Matter of Interpretation 22," the dissent read.