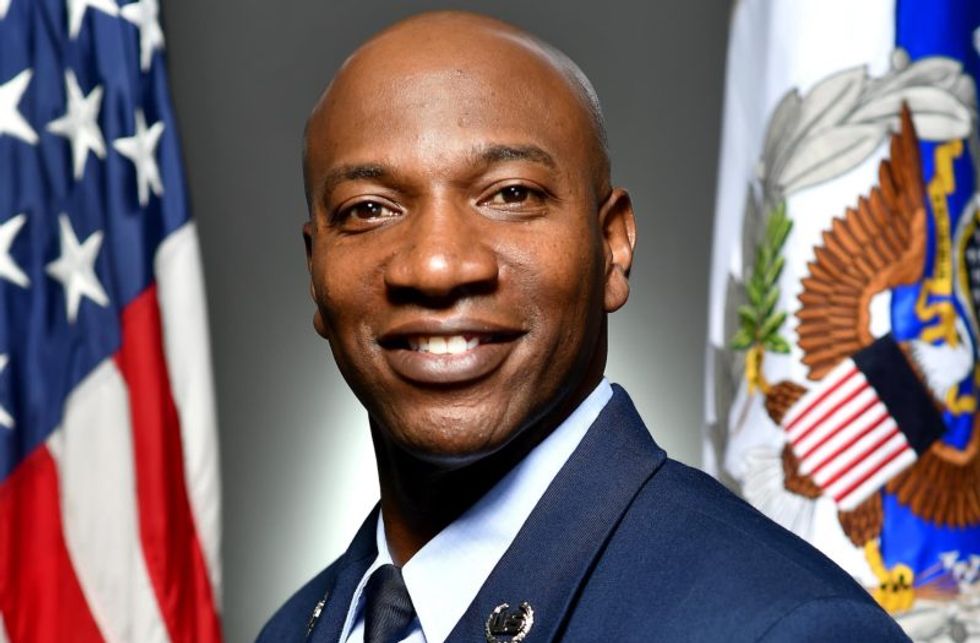 Kaleth O. Wright, the Chief Master Sergeant of the United States Air Force, expressed his support for anti-police brutality protests across the country just as President Donald Trump threatened to use military force to put down violence.

"I am a Black man who happens to be the Chief Master Sergeant of the Air Force," Wright wrote on Twitter Monday night. "I am George Floyd... I am Philando Castile, I am Michael Brown, I am Alton Sterling, I am Tamir Rice. Just like most of the Black Airmen and so many others in our ranks... I am outraged at watching another Black man die on television before our very eyes."

Wright then explained how even being a high-ranking military official doesn't exempt black men from facing racial discrimination at the hands of police.

"I hope you realize that racism/discrimination/exclusion does not care much about position, titles or stature," he wrote. "So yes, it could happen to you, or one of your friends, or your Airmen, or your NCOIC, your Flight Chief, your Squadron Commander or even your Wing Commander."

Wright's support of the protests came around the same time that peaceful demonstrators were hit with teargas to make way for President Donald Trump to have a photo op at St. John's Church in Washington D.C. Trump has vowed to send the American military into cities to quell violent protests even if states' governors do not request them.