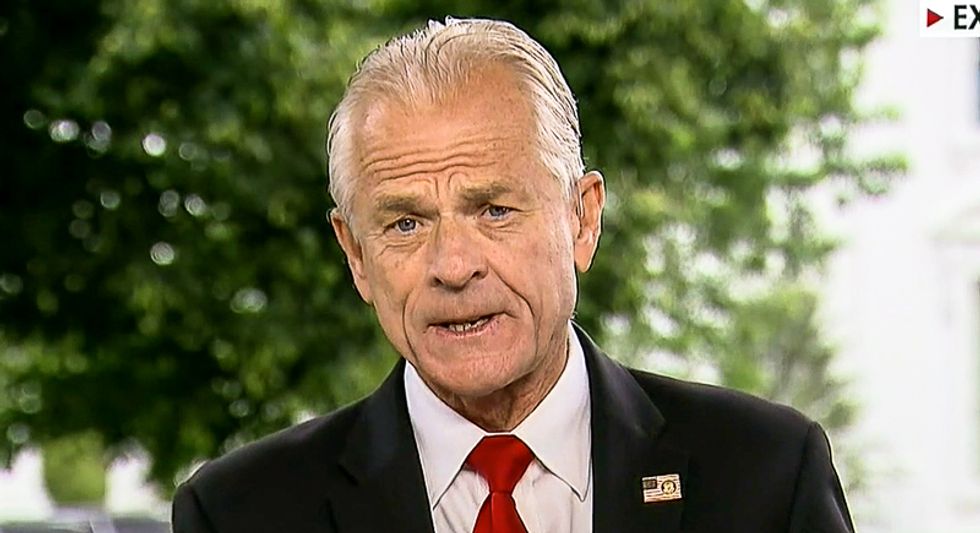 During an interview with Fox News host Maria Bartiromo, Navarro could be seen sporting a U.S.A. flag pin with a curious alteration.

While it wasn't clear from the broadcast, several viewers of the program declared that Navarro was promoting the QAnon conspiracy theory alleging a "deep state" plot against President Donald Trump.

One commenter said that he recognized the QAnon pin because he also owned one.

Peter Navarro was on Sunday morning Futures with @MariaBartiromo he was wearing a #American flag pin on his left la… https://t.co/Ot7OUZ1Bs7
— Tuckerparks19 (@Tuckerparks19)1593354959.0