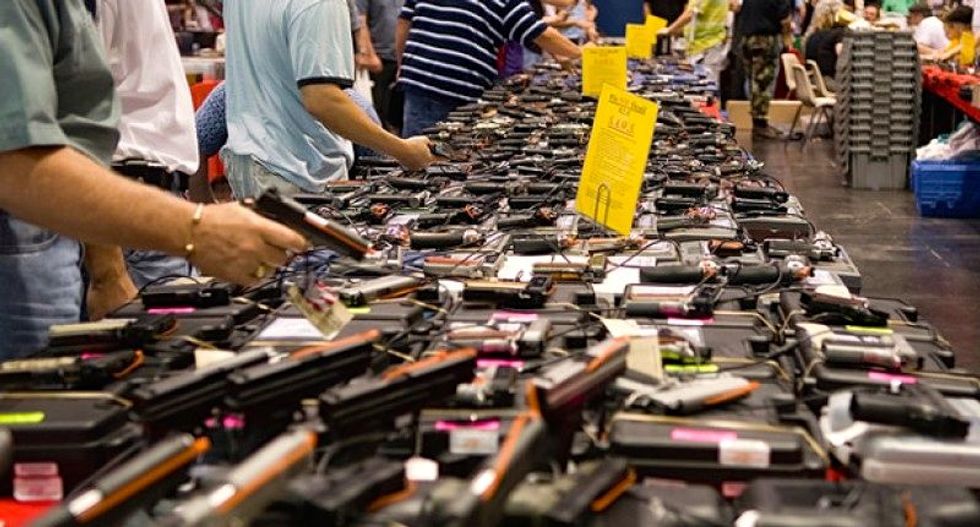 As the United States has been gripped with a series of social protests against police brutality and for Black civil rights, coupled with efforts to remove statues of Confederate officers and slaveholders, there has been a sharp uptick in gun sales as people afraid of the protests and resentful of the monument removals seek to protect themselves and their towns.

"According to FBI data, nearly 3 million firearm background checks were conducted in May, a 32% jump over the same month last year," wrote Huppke. "And according to the National Shooting Sports Foundation (I’m a member, but mainly for the cool T-shirts), the first half of this year brought in more than 2.5 million first-time gun owners."

"This is obviously great news. You don’t have to be an expert on social stability to know the best way to calm a nervous, angry nation is to add a few million additional lethal firearms into the mix," he continued. "And besides, it’s our constitutional right to shoot at anything that comes on our property, whether it’s a coronavirus, a scary person yelling things we disagree with or a horde of Marxists trying to tear down the 16-foot Elvis statue in my front yard."

This article did not sit well with pro-gun conservatives. On Saturday, writing for The Truth About Guns blog, Dan Zimmerman took umbrage at the Elvis joke.

"There’s nothing quite like being condescended to and sneered at by an effete 'humor' columnist as he shakes his head and tsk-tsks at the spectacle of all the rubes out there responding rationally to violence in the streets and civil unrest," he wrote.

"He thinks he is so woke. Until he wakes up staring at a gun in his face and is turned into a cuck and then murdered," wrote one commenter. "I’m sure he wont mind that’s how you pay for the sins of white privilege."

"If I had an Elvis statue, a lawn jockey or a bird bath I would suggest that you not try and tear it down, just a suggestion in the interest of public health," wrote another.