'I worked with Larry Kudlow -- no one has less credibility' on COVID-19: CNN's John Harwood 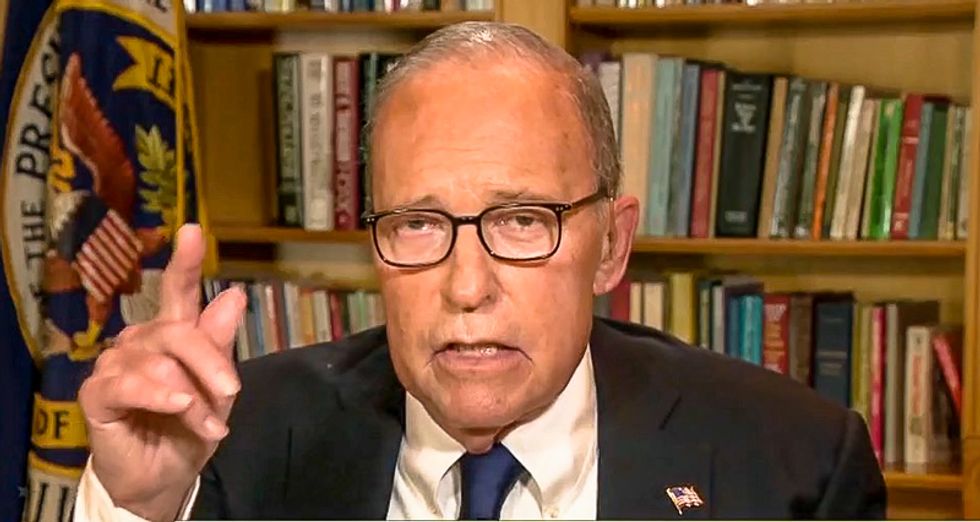 John Harwood once worked at CNBC covering business, economics and the markets, but at CNN Harwood is at the White House covering the ever-evolving story about the future of the coronavirus in the United States.

"Look, eventually reality catches up to political baloney, and that's what's happening in real-time with coronavirus," said Harwood at the White House.

On Monday, the White House said that they would no longer require temperatures be taken to enter the building. It's a strange move given six of Trump's advance team, including two Secret Service agents, tested positive for COVID-19 ahead of the Tulsa rally.

"We've had mixed messages and missed messages all year long on coronavirus," said Harwood. "It was really brought to a head this morning. Take a listen to these two advisers, both economic advisers, Peter Navarro and Larry Kudlow. Listen to their differing assessments of what we're facing ahead in the next couple of months."

Kudlow appeared on CNBC to say that a second wave of coronavirus "isn't coming."

“Actually, I think nationwide the positivity rate is still quite low, well under 10 percent," he also said. Ten percent of the U.S. population would mean nearly 32 million people would have the coronavirus.

Peter Navarro, by contrast, said that the U.S. is filling the stockpile anticipating a second-wave would come in the fall.

"Look, Larry Kudlow is my friend," Harwood confessed. "We worked together at CNBC for many years. It is hard to think of a public official with less credibility on this topic than Larry Kudlow. He's the one who said we've got it controlled airtight several months ago."

See the comments from Harwood below: