Incel blew his hand off -- and may have been planning for suicide bomber attack on ‘hot’ cheerleaders: report 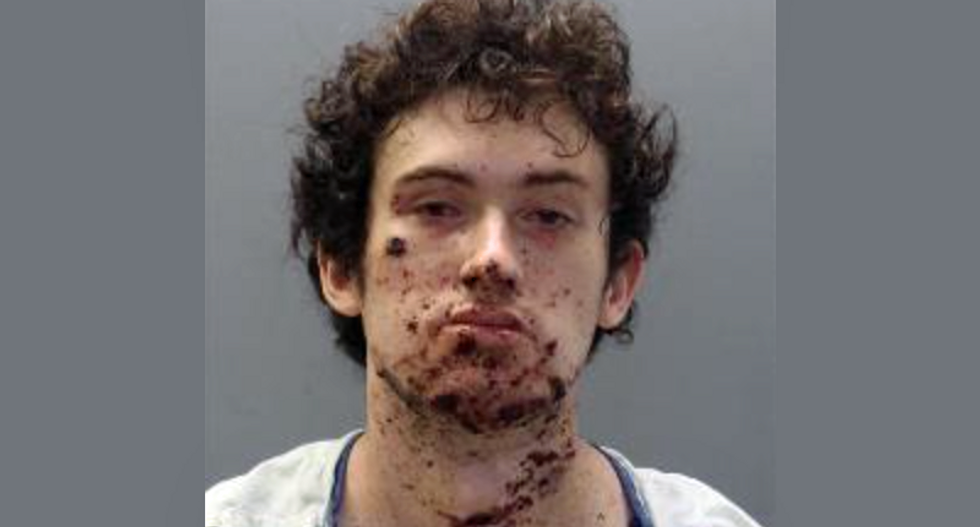 A young man in Virginia was photographed for his mugshot with extensive facial injuries.

"A 23-year-old Virginia man who appeared to be planning an incel bomb attack on "hot cheerleaders" accidentally blew off his hand with explosives, authorities say," BuzzFeed News reported Saturday. "Cole Carini was charged in federal court on Friday  with the plot after he allegedly lied to FBI agents by saying his extensive injuries were the result of a lawnmower accident."

"Cole Carini was charged in federal court on Friday connection with the plot after he allegedly lied to FBI agents by saying his extensive injuries were the result of a lawnmower accident.

"But when FBI agents searched his home, they found a shocking scene: a trail of blood leading investigators to a bedroom where blinds had been shredded by shrapnel and the walls and ceilings were covered with blood spatters and chunks of human flesh," BuzzFeed explained. "Agents also said they discovered explosive chemicals and a box of rusty nails that could be used as shrapnel, among other items that could be used to make bombs, including PVC pipes and hot plates. The six-inch high grass at the home also showed no signs of having been freshly mowed."

"In a nearby shed, authorities found a crumpled letter that discussed a suicide bomber walking through a shopping mall while concealing 'deadly objects' to target a 'stage of hot cheerleaders,'" BuzzFeed reported.

"'I will not be afraid of the consequences,' read the letter. 'No matter what I will be heroic. I will make a statement like Elliot Rodgers [sic] did.' Elliot Rodger, who killed six people and himself in a 2014 attack in Santa Barbara, left behind a manifesto that is frequently cited by incels, or so-called involuntary celibate males who target women," BuzzFeed reported.