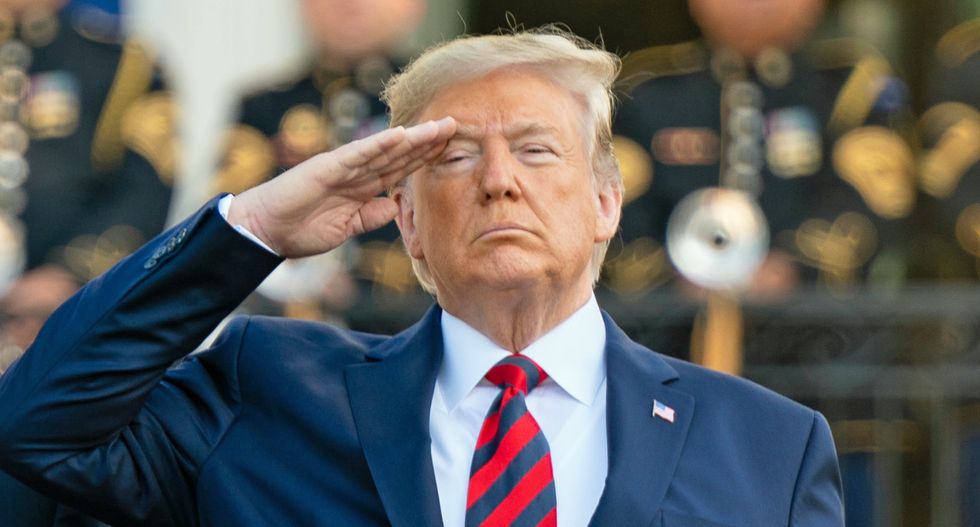 "His prosecution will be pursued even after the end of his term in office."

The Iranian government on Monday issued an arrest warrant for U.S. President Donald Trump and recommended that he face "murder and terrorism charges" over the January assassination of Gen. Qasem Soleimani that brought the two nations to the brink of all-out war.

"The 36 individuals who were involved in the assassination of Qassem Soleimani have been identified and they include political and military officials from the U.S. and other governments."

Ali al-Qasimehr, Tehran's top prosecutor, said Iran is also seeking the arrest of 35 other unnamed officials the country believes were involved in the assassination of Soleimani, who was a leading commander in the Islamic Revolutionary Guards Corps.

"The 36 individuals who were involved in the assassination of Qasem Soleimani have been identified and they include political and military officials from the U.S. and other governments," al-Qasimehr said during a meeting of the Iranian judiciary Monday. "At the top of the list is U.S. President Donald Trump, and his prosecution will be pursued even after the end of his term in office."

Iran has reportedly requested that the France-based International Criminal Police Organization—commonly known as Interpol—assist with the effort to arrest Trump, who ordered the drone strike that killed Soleimani. Al-Qasimehr said Iran has urged Interpol to put out a "red notice" for the arrest of Trump and the other officials.

Under a red notice, local authorities make the arrests on behalf of the country that requested it. The notices cannot force countries to arrest or extradite suspects, but can put government leaders on the spot and limit suspects' travel.

After receiving a request, Interpol meets by committee and discusses whether or not to share the information with its member states. Interpol has no requirement for making any of the notices public, though some do get published on its website.

Soleimani's Jan. 2 killing by a U.S. drone strike in Baghdad was condemned by human rights advocates and legal experts at the time as a violation of international law.

Agnes Callamard, the United Nations special rapporteur on extrajudicial executions, said on Jan. 7 that "it is hard to imagine how" Soleimani's killing could be legally justified.