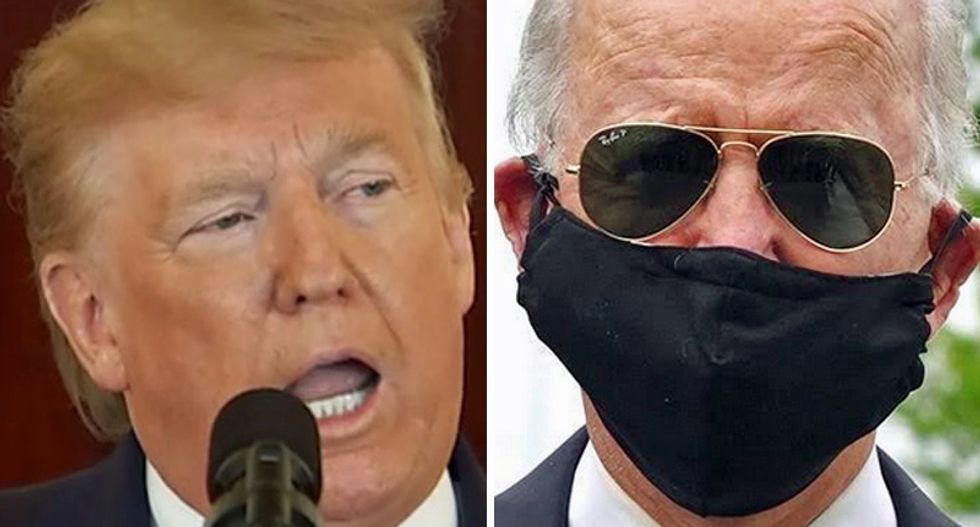 The 2020 general election campaign between two top parties has unofficially been set.

"Joe Biden formally clinched the Democratic presidential nomination Friday, setting him up for a bruising challenge to President Donald Trump that will play out against the unprecedented backdrop of a pandemic, economic collapse and civil unrest," the AP reported Friday. "The former vice president has effectively been his party’s leader since his last challenger in the Democratic primary, Bernie Sanders, ended his campaign in April. But Biden pulled together the 1,991 delegates needed to become the nominee after seven states and the District of Columbia held presidential primaries Tuesday."

"Biden reached the threshold three days after the primaries because several states, overwhelmed by huge increases in mail ballots, took days to tabulate results. Teams of analysts at The Associated Press then parsed the votes into individual congressional districts. Democrats award most delegates to the party’s national convention based on results in individual congressional districts," the AP explained. "Biden now has 1,993 delegates, with contests still to come in eight states and three U.S. territories."