'It's just posturing': Former US Attorney explains why Trump can't just arrest whoever he wants for toppling statues 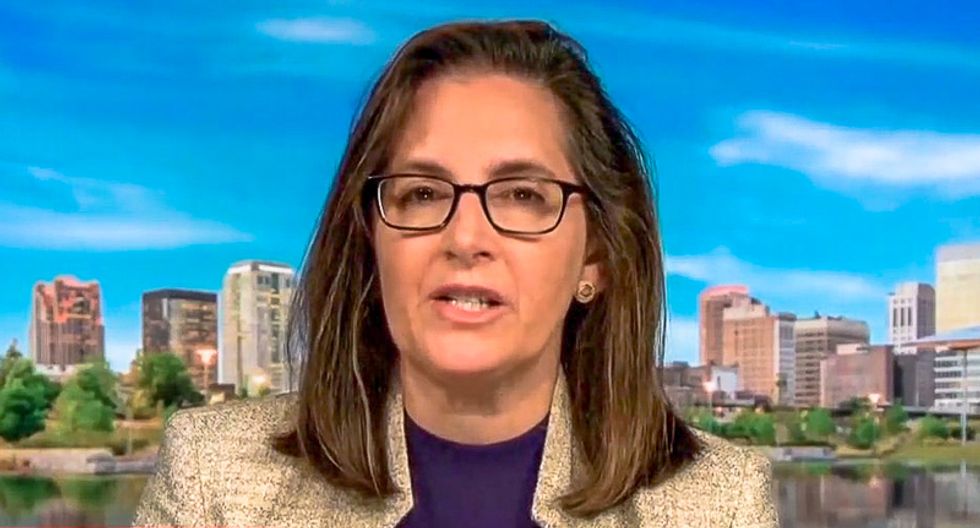 Former U.S. Attorney Joyce Vance said during an MSNBC interview Tuesday that President Donald Trump's threats to throw protesters in jail for 10 years are just another example of "posturing."

Trump told the press before leaving for Arizona that he will write an executive order that will "reinforce" laws already in place he says that protect Confederate statues.

Vance explained that it isn't exactly the way it works.

"So, that's not how law enforcement works in this country," she said. "The president doesn't personally authorize arrests. Instead, we have legislative bodies that write laws including criminal laws. That's what law enforcement enforces. There is a federal statute that makes it a crime to destroy or attempt to destroy a military monument, relating to the military of the United States, So, I think that would exclude Confederate war figures and it has to be on federal prosecute or otherwise an appropriate subject for federal jurisdiction. Law enforcement can enforce those laws if they're leaders. Their district attorneys and U.S. attorneys authorized those prosecutions, but really what the president is doing here is just posturing."

See the comments from Vance below: