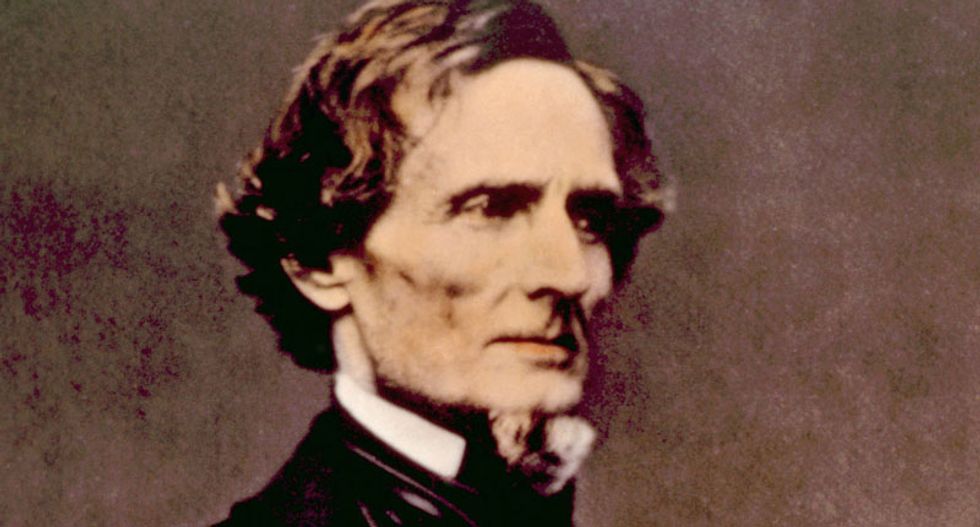 Jefferson Davis (1808-1889), president of the Confederate State of America, photograph by Mathew Brady that was subsequently hand-colored (Shutterstock)

RICHMOND, Va. — A statue of Confederate President Jefferson Davis was torn down along Richmond, Virginia’s famed Monument Avenue on Wednesday night by protesters.The statue in the former capital of the Confederacy was toppled shortly before 11 p.m. and was on the ground in the middle of an intersection, news outlets reported. Richmond police were on the scene.About 80 miles away, protesters in Portsmouth beheaded and then pulled down four statues that were part of a Confederate monument on Wednesday, according to media outlets.Efforts to tear one of the statues down began around 8:20 p.m., but ...