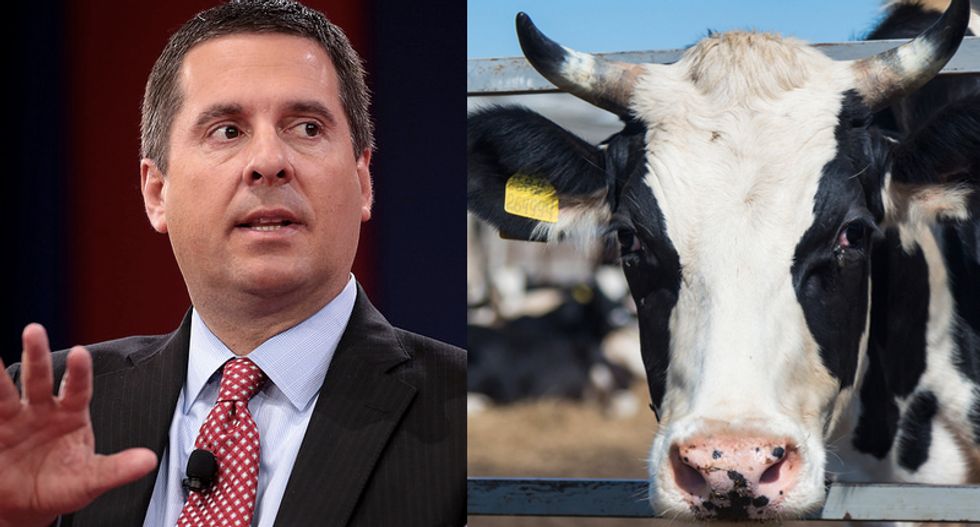 Rep. Devin Nunes (R-CA) lost his strive to take down a fake cow account on Twitter, the Fresno Bee reported.

Judge John Marshall said that Twitter was “immune from the defamation claims of” Nunes from @DevinCow because federal law says social media companies aren't liable for posts on their platforms. The Congressman was trying to get millions of dollars out of Twitter with his lawsuit.

Nunes “seeks to have the court treat Twitter as the publisher or speaker of the content provided by others based on its allowing or not allowing certain content to be on its internet platform,” Marshall wrote. “The court refuses to do so.”

Nunes had attempted to sue a fake cow on Twitter that has spent months trolling him about not being a real dairy farmer. The biggest problem Nunes had, however, was that his lawsuit increased so much attention to the fake cow account that it now has more followers than the Congressman does. Now it has another legal win under its cowbell.

Nunes is still suing the Fresno Bee for $150 million over a story about a winery Nunes owned a stake in.

This does not mean that the lawsuit against @DevinCow is dismissed. There is still a case against the cow as well as @NunesAlt and Republican operative Liz Mair.

The lawsuit has just removed Twitter. However, Nunes' attorney has said last week that they're at a "dead end" on identifying two of the Twitter accounts.

Read the full report from the Fresno Bee.