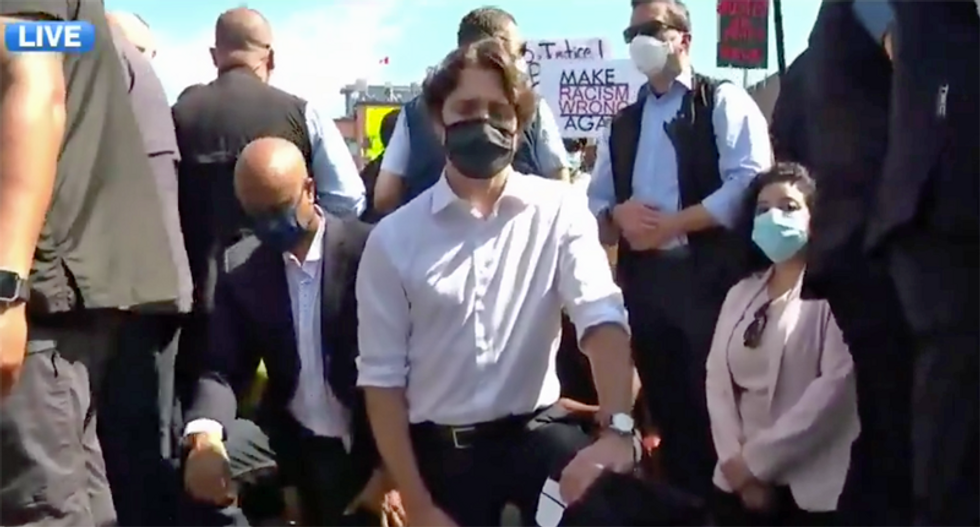 While President Donald Trump refuses to wear a coronavirus mask and demanded "no kneeling" on Friday, there was a far different scene developing in Canada.

"Prime Minister Justin Trudeau knelt on the ground as part of a crowd gathered on Parliament Hill Friday afternoon, in solidarity with anti-racism demonstrators protesting police killings of Black people," CTV News reported Friday. "The demonstration is one of multiple events in Canada, following days of demonstrations against racism and police brutality in numerous American cities."

"Some in the crowd shouted at him to stand up to U.S. President Donald Trump," the report noted. "Trudeau clapped and nodded in response to many of the things said by speakers at the front of the crowd, including one who said there is no middle ground on the issue."