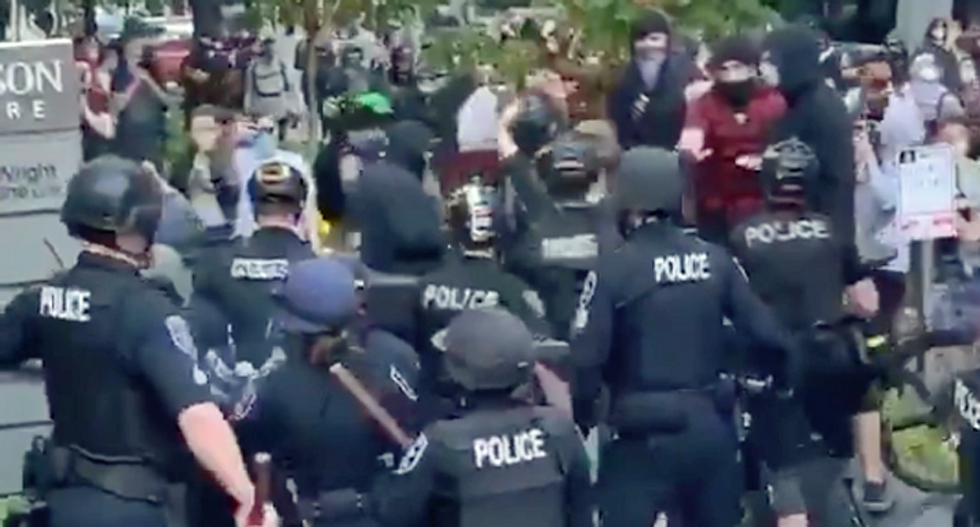 Seattle's police union risks being kicked out of the labor movement unless they immediately reform.

"The largest labor coalition in King County is giving the Seattle Police Officers Guild [SPOG] an ultimatum: acknowledge and address racism in law enforcement and in their union or risk being kicked out of the group," Crosscut reported Thursday. "In a vote Thursday, executive members of the King County Labor Coalition — a sort of union of unions — passed a resolution laying out tasks for the police guild, which represents over 1,000 rank-and-file officers."

"SPOG must state that racism is an issue in law enforcement and within its own organization. The union must participate in workgroups focused on addressing racism in the union. It must commit to police contracts that do not evade accountability. And there must be consequences when professional standards are not followed and harm is done," Crosscut reported.

The police union has until June 17th to meet the demands.

"The resolution is a dramatic turnaround for the labor council, which welcomed the police union into its ranks in late 2014 and had fought on its behalf ever since. Labor council representatives even hosted a press conference in 2018, calling on the Seattle City Council to ratify a new contract with the police union," the publication reported. "In Seattle, the relationship between police and the labor community was uncommonly close."