Last redoubt: Pygmies return to forest to isolate against coronavirus 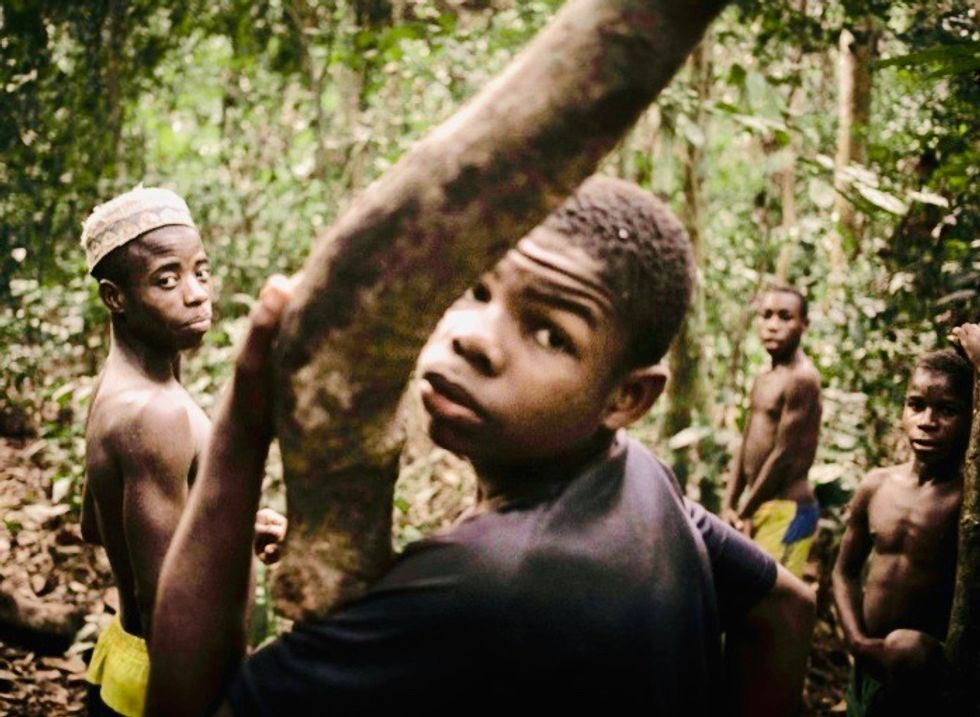 Dzanga-Sangha, a wildlife sanctuary in southwest Central African Republic, is a remote place, linked to the rest of the world by a narrow trail that becomes impassable in heavy rain.

But for the region's Pygmies -- outcasts in a country already ranked among the poorest in the world -- Dzanga-Sangha's isolation could be a blessing.

As coronavirus spreads in the CAR, with more than 1,000 cases officially recorded and four deaths, a campaign has been launched to encourage the Bayaka people, who divide their time between the village and the forest, to hole up in the reserve.

"They are being asked to go and live in their hunting camps for three months," said Luis Arranz, in charge of the national park for the World Wildlife Fund (WWF).

"Every week, we're going to drop off cassava and medicines. They have to stay isolated. It's our only solution," he said.

In nearby towns, mayors, priests and police have all been urged to support the scheme, which urges Pygmies to stay away from urban centers to avoid catching the virus.

"Once in the forest, the Pygmies will still come to sell their products, but using a community relay in order to avoid direct contact. The idea is that they don't come to market," said Yvon Martial Amolet, a local lawyer and representative of the NGO House for Pygmy Children and Women based in the nearby town Bayanga.

Pygmies are considered especially at risk from novel diseases because of their poor overall health, their poverty -- the vast majority are too poor to afford a doctor -- and their lifestyle.

"The infant mortality rate is very high among the Bayaka. Those who survive are likely to be more resistant to a virus, but we have no data about any vulnerability or natural immunity to imported diseases," said Emilia Bylicka, a doctor who spent four years caring for Pygmies in the CAR’s southwest.

"People continue to share cigarettes and coffee and there are five or 10 people per hut," he said.

The life expectancy of Bayaka Pygmies is around 35 years for men and 38 years for women -- less than half of that in the industrialized world.

As an incentive to keep them away, park authorities have provided rations higher than the value of their average salary when they work for the villagers.

But the Pygmies have not all been easy to convince, especially those who have taken to life outside the forest, and the sanctuary itself presents its own dangers.

The dense reserve, a UNESCO-World Heritage site and the last sanctuary for animal life in a poor country ravaged by civil war, offers one of the world's few refuges for species facing extinction.

Illegal hunting could intensify as the epidemic worsens and resources to protect the reserve become more limited, according to Arranz, who is responsible for preserving the forest's biodiversity.

The Pygmies live under constant threat from armed hunters.

"Some poachers may commit violence against them," said Amolet.

Some fear a backlash from the ethnic Bantu population -- known locally as Bilo -- who subject the Pygmies to what often appears to be modern slavery.

"At first," Amolet explained, "they (the Pygmies) used to say that coronavirus was a white man's disease. Then they said the disease had come to punish the Bilo."

In the villages around Bayanga, the mud houses along the road belong to the Bantu, while the Pygmies often occupy tiny branch huts in the backyards of their employers.

"The Bilos give a bit of salt or a cigarette for a day's work in the fields or in the bush," said a Bayaka chief who did not want to be named.

Violence and sexual assaults are commonplace.

"All Bayaka have these problems," said an elder.

As the Pygmies have been encouraged to isolate, Bilos have discouraged them from going, desperate to keep them working.

"They told the Bayaka that if we took them to the forest, we were going to kill them," said Amolet.

"They're people who live off the Pygmy communities and if you take them (the Pygmies) away, life becomes difficult for them," he added.

Some Bayaka Pygmies, already confined amid the trees, see coronavirus as a genuine threat, but a distant one.

"The spirits of the forest protect us," joked Marc, a white-bearded Pygmy, astonished that the visitor refused to give him a handshake -- the universal greeting that in these times has become risky.