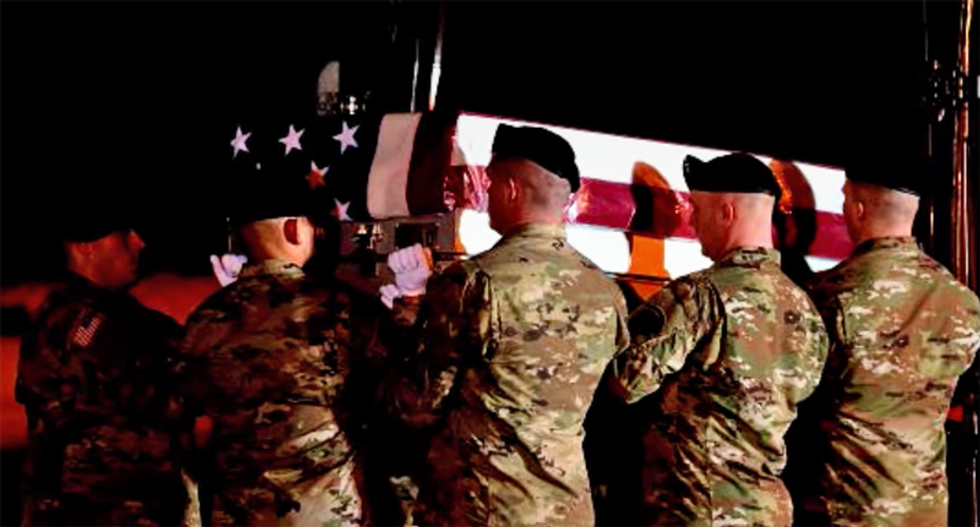 The Lincoln Project, the effort of top former GOP strategists to defeat Trump in the 2020 election, released a hard-hitting new ad on Saturday.

"In the last year, flag-draped coffins have returned from Afghanistan. Now we know Vladimir Putin pays a bounty for the murder of American soldiers," the narrator says.

"Donald Trump knows too -- and does nothing," the ad continues. "Putin pays the Taliban cash to slaughter our men and women in uniform and Trump is silent."

The ad has a brutal ending that questions the president's loyalty.

"When Trump tells you he stands by the troops, he's right. Just not our troops," the narrator concluded.