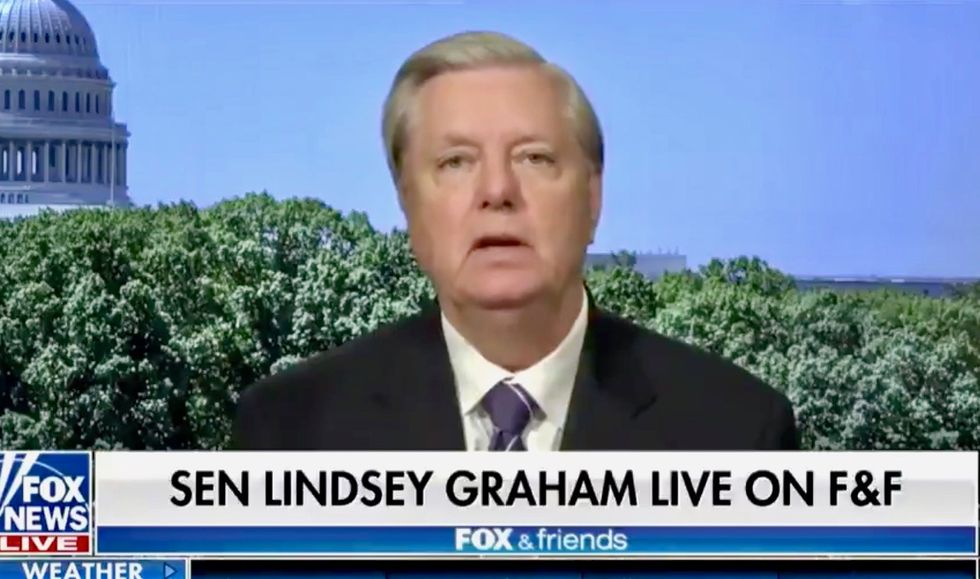 U.S. Senator Lindsey Graham is declaring "war" on Confederate statue activists who are pulling down monuments to slave owners and those who led the Civil War against the United States of America.

In a diatribe on "Fox & Friends" Friday, the Republican from South Carolina who succeeded racist GOP Sen. Strom Thurmond, leveled numerous charges against those who oppose tributes to the men who spent or gave their lives to protect the institution of slavery. Graham called them socialists who hate America and capitalism, disrespect religion, and want to destroy the family.

"These people are the most radical people known to America," Sen. Graham said, a stunning allegation against activists who are not known to law enforcement, given he chairs the Judiciary Committee which oversees the Dept. of Justice., including the FBI and Homeland Security.

"We're at war with them politically," Graham declared in another stunning statement, given they are more than likely U.S. citizens.

"And I tell you what – to the listeners out there: You may not believe you're in a war but you are, politically, and you need to take sides. You need to help this President."