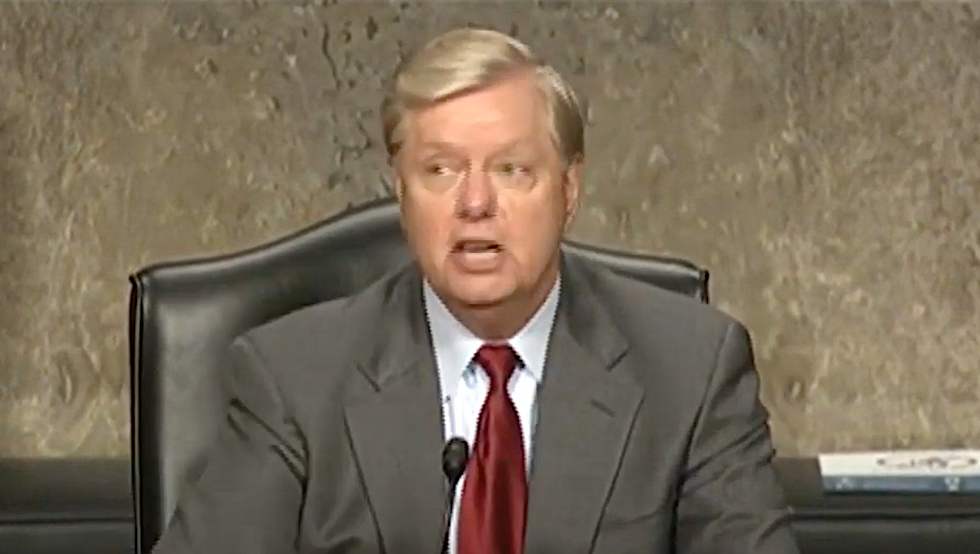 This Wednesday, former Deputy Attorney General Rod Rosenstein testified before the Republican-led Senate Judiciary Committee regarding the origins of the Russia investigation.

During one portion of the hearing, Sen. Dick Durbin (D-IL) reinforced the "bottom line" conclusions of the Mueller report, namely the fact that Russia meddled in the 2016 presidential election. Durbin then pointed out that the committee will issue "53 subpoenas" for witnesses.

"What an irony that we began this year in an impeachment trial where the Republicans refused to produce one document or one witness, not one witness, when it came to questions of the impeachment of the President," Durbin said. "Tomorrow there will be 53 names submitted, and they will not be cleared with the minority [Democrats] ... We will attempt to amend his subpoena on the Democratic side to make sure we're clearly trying to find the truth in this matter about whether this was an utterly baseless investigation, we believe we should also be calling a few other witnesses."

Durbin went on to read a list of former Trump associates who he would subpoena. Later in the hearing, Sen. Lindsey Graham (R-SC) took a moment to address Durbin's suggestion.

"This committee looked at everything you wanted us to look at in terms of Russian behavior," Graham said, later adding that it wasn't the Russians who signed what he says are the illegal FISA warrants.