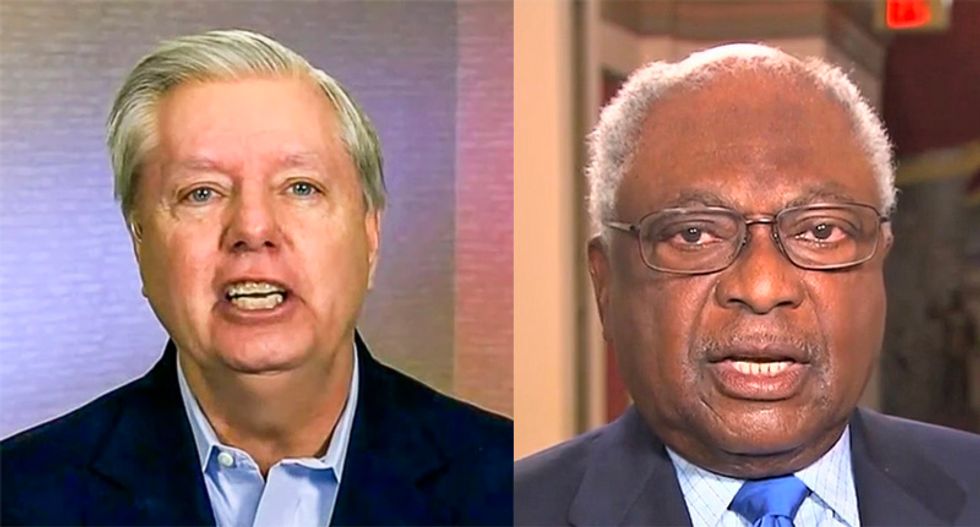 In response to protests over the police killing of George Floyd, Sen. Lindsey Graham (R-SC) had this to say: "I've come to believe that young black men rightly or wrongly perceive the police to be a threat when many times they're not, and we've got to deal with that problem."

"You know, I've been really interested, we had some foolishness the other day," said Clyburn. "Drew Brees has gotten himself in some difficulty with his teammates, how his grandfather and father thought about anybody kneeling would be disrespecting the flag as if these, his teammates, did not have parents and grandparents who fought for this country and came back to this country with all kinds of indignities. One of which has just been written about in a great book from South Carolina. Isaac Woodard was in his uniform, coming home from the war, when he was stopped by a sheriff, a law enforcement officer who beat him, punched his eyes out with a night stick. That's the thing that led Harry Truman to sign the executive order to integrate the armed services, because of the in indignities charged to a black man by a law enforcement officer, and that black man was in his uniform coming home from a war we had just won."