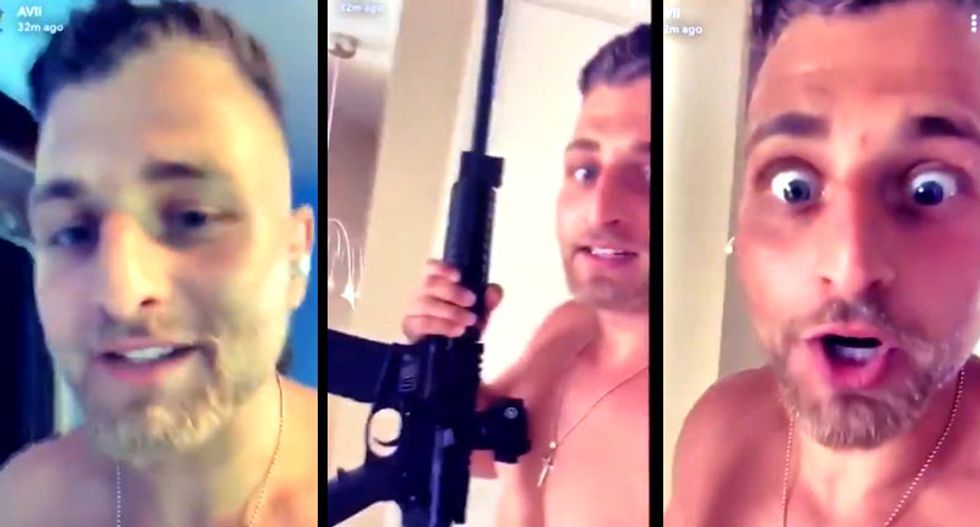 A real estate agent in Long Island, New York, has been fired in the wake of a racist rant he posted online regarding the protests over the police killing of George Floyd.

Jared Aversano used a racial slur while holding an "assault-style" weapon and threatening looters, saying that he spent $1,300 on the weapon and wants to use it, News12 Long Island reports.

"My response to the looting and rioting that's going on? I wish a n*gga would," he says in the video.

The video, which was posted to Twitter, has been viewed over a million times.

"It was meant to be a private Snapchat," Aversano said. "I did not intend for it to be racist. However, I do understand that a lot of people took it that way. And I do truly apologize."

Watch News12's report on the story below: