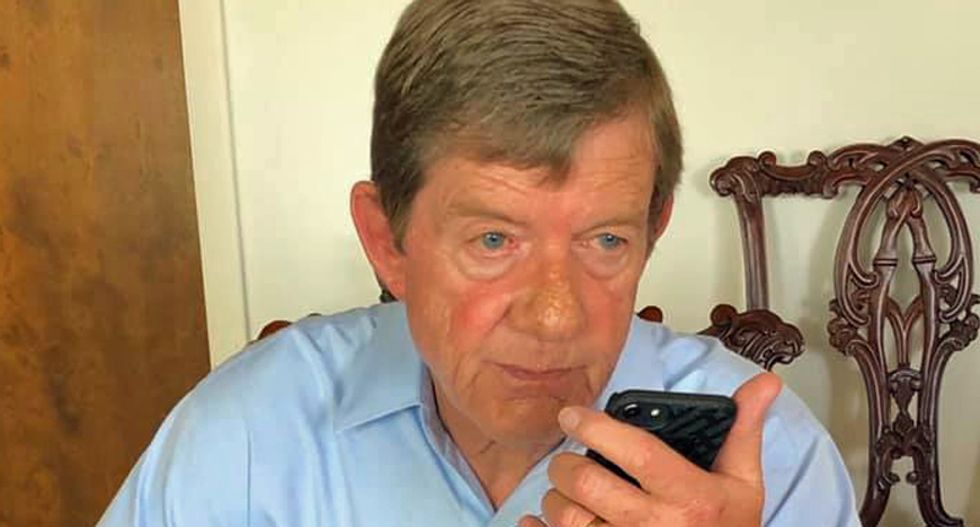 Voters in Western Colorado have sent Republican Rep. Scott Tipton to Congress in five straight elections. But his winning streak ended on Tuesday when he lost his GOP primary to Lauren Boebert.

The race was called by Business Insider, Forbes and the Associated Press.

"She doesn’t have the support of the party and her fundraising has trailed Tipton’s," Colorado Public Radio reported last week. "Yet, as her campaign ad points out, she is pro-Trump and pro-gun. In fact, she owns Shooters Grill in Rifle, Colorado, a restaurant known for servers who are armed and open carry."

"The upstart candidate claims the true Trump mantle. And just as the president has been known to promote conspiracy theories, Boebert isn’t dismissive of QAnon, a conspiracy theory alleging a 'deep state' attack on Trump, and other allegations against Democratic politicians," Colorado Public Radio explained. "On a Q-friendly web show, Boebert, based on what she heard about Q, said: 'I hope that this is real.'”

While the race received little attention outside of Colorado, Boebert's stances were the focus of what attention the race did receive.

"Down the ballot, in the 3rd Congressional District, Republican Rep. Scott R. Tipton is facing a primary challenge from gun rights activist Lauren Boebert, the owner of Shooter's Grill in Rifle, Colo., where customers can order a 'Guac 9' burger or a 'Turkey Ham Uzi Melt.' She became the focus of local media attention when she defied coronavirus restrictions and tangled with city officials," The Washington Post reported, in a preview of the race.

Here's some of what people were saying about the state of the race following Tipton's surprise defeat:

Scott Tipton has conceded. “3rd District Republicans have decided who they want to run against the Democrats this… https://t.co/xjvriCnKBI
— Jesse Aaron Paul ☀ (@Jesse Aaron Paul ☀)1593573188.0

The good news is, she has a solid Democratic opponent in former state Rep. Diane Mitsch Bush (@RepDMB). She was th… https://t.co/b8GU4ceIGP
— Matthew Chapman (@Matthew Chapman)1593568807.0