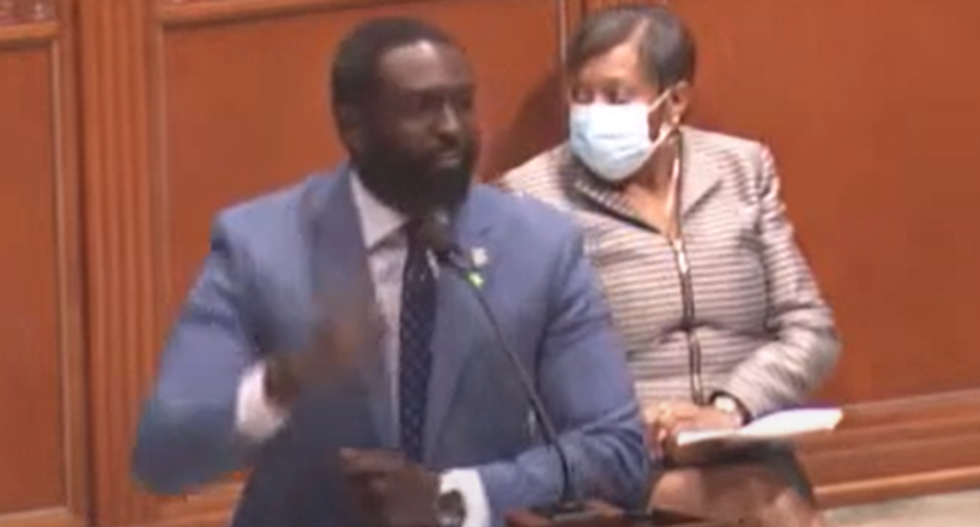 On Thursday, 4WWL reported that an argument erupted in the Louisiana House of Representatives during a debate on police reform.

The argument erupted after Democratic Rep. Ted James agreed to a Republican amendment striking language from a police reform bill that mentioned George Floyd's death and identified Black men as more likely to die at the hands of police than white men — at which point GOP Rep. and retired sheriff's deputy Tony Bacala rose to speak.

"I think we are now having conversations that we need to have about a few bad actors in a wonderful profession from which I came," said Bacala. He said that police officers die in the line of duty at a higher rate than Black people, and concluded, "If we're going to talk, let's talk. Let's don't limit what we're willing to speak about to things that only some people want to speak about."

James then rose and spoke in response.

"The idea of setting up a task force to make recommendations to lawmakers about how to improve police training and tactics, address misconduct and recognize racial bias by officers was prompted by Floyd's death," said the report. "Several white House lawmakers had raised objections earlier in the session to a similar study group proposal from James. They objected to language that suggested police brutality was more prevalent against people of color and that questioned the criminal justice system's treatment of minorities. One white lawmaker, Republican Rep. Dodie Horton of Haughton, called the language racist."