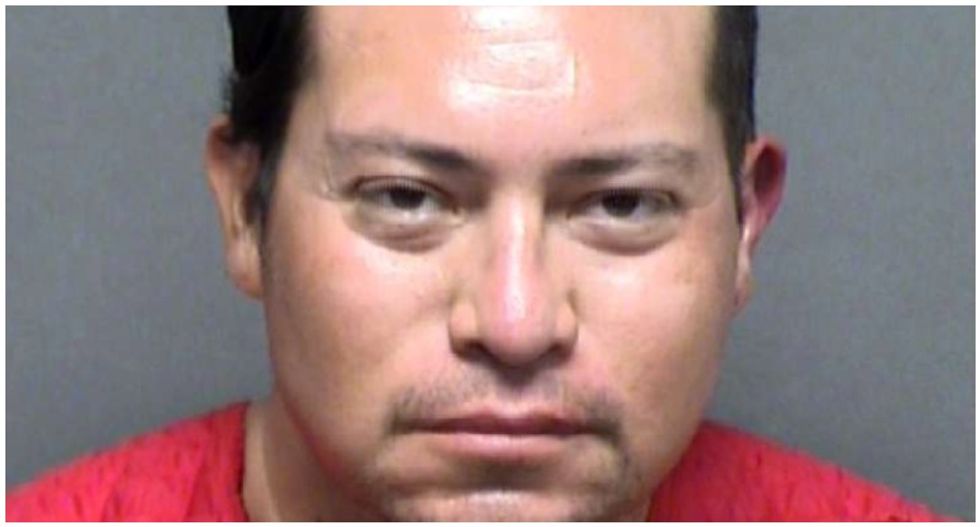 A man in San Antonio, Texas, is facing charges of making terroristic threats on social media after he threatened to kill "Antifa soldiers" at Friday's protests in the city, the San Antonio Express-News reports.

In a post to Twitter, David Rangel wrote, "Attn @antifa or any Antifa soldiers coming to San Antonio today. If you show up at the Peal complex I will personally kill you. (Sic) around and find out."

According to police, Rangel has a long history of mental illness and alcohol abuse. He was arrested this Saturday.

"After being notified of the threat by a concerned mutual friend, the witness told a Pearl security guard, who recognized Rangel immediately, the affidavit said. The guard said Rangel had approached him two days before and 'told him to watch out for protesters,'" the Express-News reports.