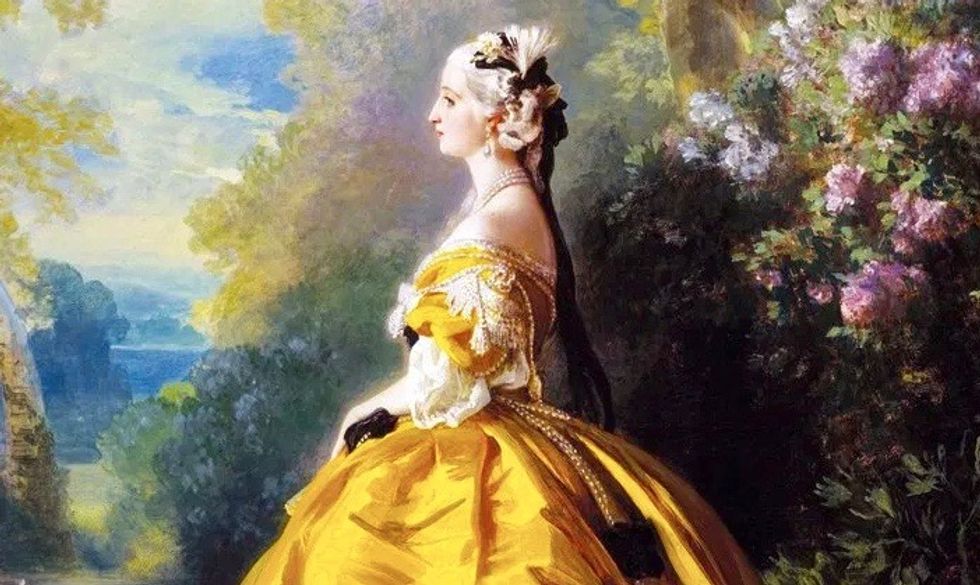 Love letters between the ill-fated French queen Marie-Antoinette and her lover, which contain key passages rendered illegible by censor marks, have been deciphered using new techniques, the French National Archives said on Wednesday.

The revealed passages are further confirmation of the steamy relationship between Marie-Antoinette and Count de Fersen, who were writing to each other two years after the 1789 French revolution.

At the time, the queen and King Louis XVI were living under surveillance in the Parisian Tuileries palace and had just failed to escape their house arrest.

Much of the lovers' correspondence had already been brought to light, but redacted lines remained illegible. Until now.

"For the first time we can read Fersen's writing using unambiguous sentences on his feelings for the queen, which had been carefully hidden," said the REX project's leaders in a statement.

"Marie-Antoinette and Fersen express themselves using the terminology of love, even if the majority of the content of the letters is political," the statement added.

The 95-day project used a two-year-old scanning technique –- the x-ray fluorescence system (XRS) –- to analyze the composition of the inks used.

"The principal conclusion of the REX project is less about sensational revelations on the relationship between Marie-Antoinette and Fersen, and more about the expression of feelings of hope, worry, confidence and terror, in a particular context of forced separation and imprisonment," said the statement.

Similarities between the ink used by the count and the ink of redaction suggest Fersen may have censored his own letters.

Out of the 15 redacted letters written by Marie-Antoinette and Fersen, only the content of 8 was brought to light.

For the others, the ink used to write and to censor was the same, rendering the task of revealing the redacted content impossible.

The Austrian-born queen was executed aged just 37 in October 1793 after the overthrow of the monarchy.

Yet the fascination surrounding her life remains undimmed and last month a travel bag belonging to her sold for more than five times its estimate in an auction of royal memorabilia.