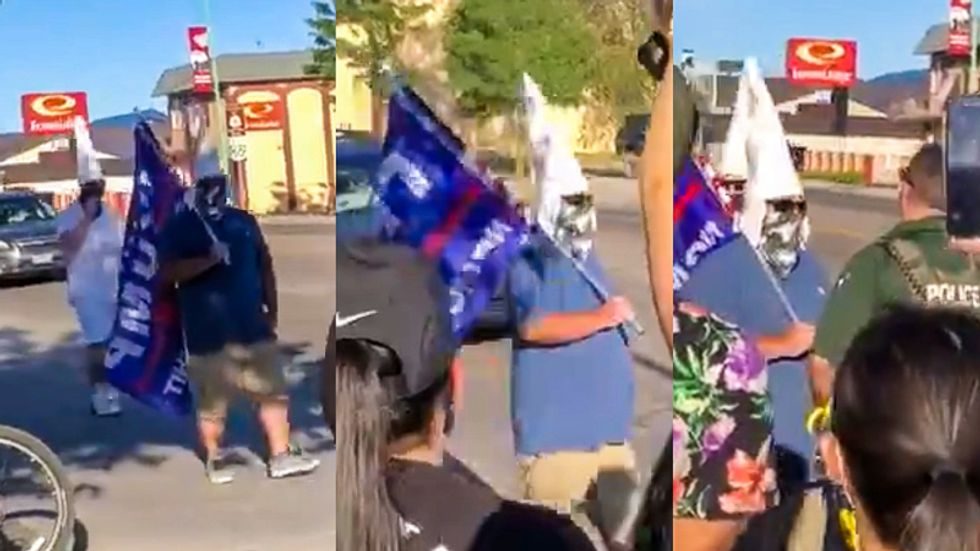 KRNV's Miles Buergin shared video of the incident, which appears to have occurred during protests on Monday.

The video shows two people dressed in white hoods as they come in contact with protesters. At least one of the two men can be seen holding a sign that appears to promote President Donald Trump.

An officer can been seen speaking with the men before he follows them away to the jeers of protesters.