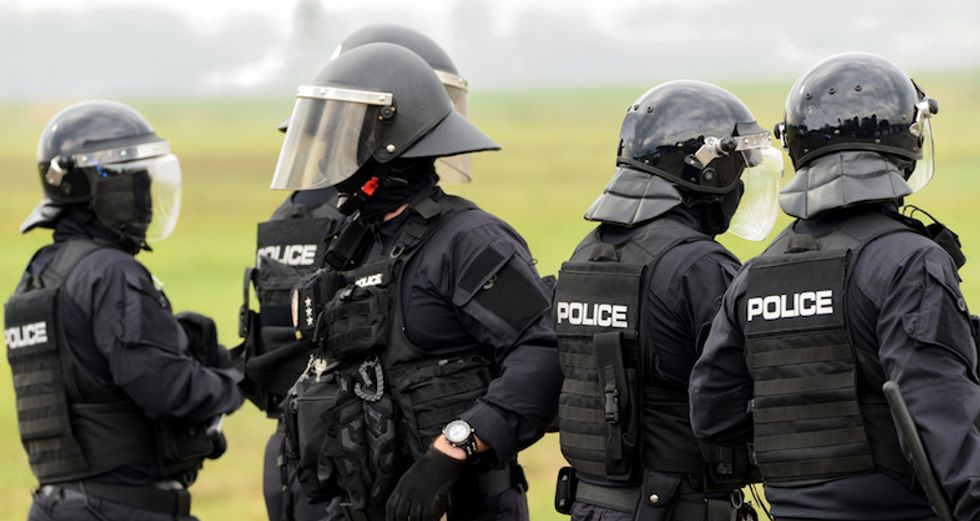 The Minneapolis city council is pondering ways to "dismantle" the city's police department, which has come under fire in the wake of the slaying of George Floyd.

Minneapolis Police Union President Lt. Bob Kroll was accused of wearing a "white power patch" during a rally with President Donald Trump. But he isn't the only questionable officer in the city.

The police department is now under review for the last 10 years of race relations from the state.

"The officer charged with George Floyd’s murder, Derek Chauvin, was the subject of at least 17 misconduct complaints prior to Floyd’s death, almost all of which resulted in no discipline and the rest of which concluded with only a letter placed in his file. News reports say the nature of the complaints is unclear from the information the Minneapolis Police Department released, and that the department wouldn’t provide details," reported JustSecurity.

Writing for Politico, former Mayor R.T. Raybak explained that he worked to change things in the police department, which was known for being some kind of "cowboy" operation. But it wasn't enough.

"My own efforts to change a police department and its culture failed badly. That starts with appointing three different police chiefs who all made change but not enough," he said. "It includes attempts to diversify the force, to change practices in mental health and numerous efforts to work with individual officers on softening their approach so they could empathize more deeply with [the] community. These failures will haunt me for the rest of my life, and it should. As each of us sees and acknowledges our own part, it can be paralyzing. It was for me."

In an interview with MSNBC, city councilmember Lisa Bender explained that they are starting the conversation about what it should look like as they look at phasing out the police department and creating something that is more consistent with the public safety needs of the city.

Bender explained that they started by looking at the reasons that people call 911.

For example, in Chicago, a 2019 report called the prisons "the largest mental health provider" because so many mentally ill people were put in prisons, simply because there's no other place for them.

Critics of police ask why an officer with a gun is needed to do a wellness check when it should be the responsibility of a social worker. The problem, of course, is that social workers are already stretched too thin and their departments woefully underfunded. Issues like student truancy, domestic violence and homelessness don't always need to be handled by someone with a gun.

"Those dollars can be used to fund schools, hospitals, housing and food in those communities, too -- 'all of the things we know increase safety,' said Philip McHarris, a doctoral candidate in sociology at Yale University and lead research and policy associate at the Community Resource Hub for Safety and Accountability.

In his interview with CNN, McHarris explained reinventing public safety would dismantle the idea that cops are "public stewards" hired to protect communities.

"Many Black Americans and other people of color don't feel protected by police," CNN paraphrased McHarris.

There has also been a group of activists calling for a return to "community policing," which would return cops to a neighborhood "beat" where they walk in communities, get to know the people in neighborhoods and are a presence outside their patrol cars.

Bender explained that there are several things that should be readjusted to create a 21st-century police force instead of running public safety the way it was done in the 1800s.