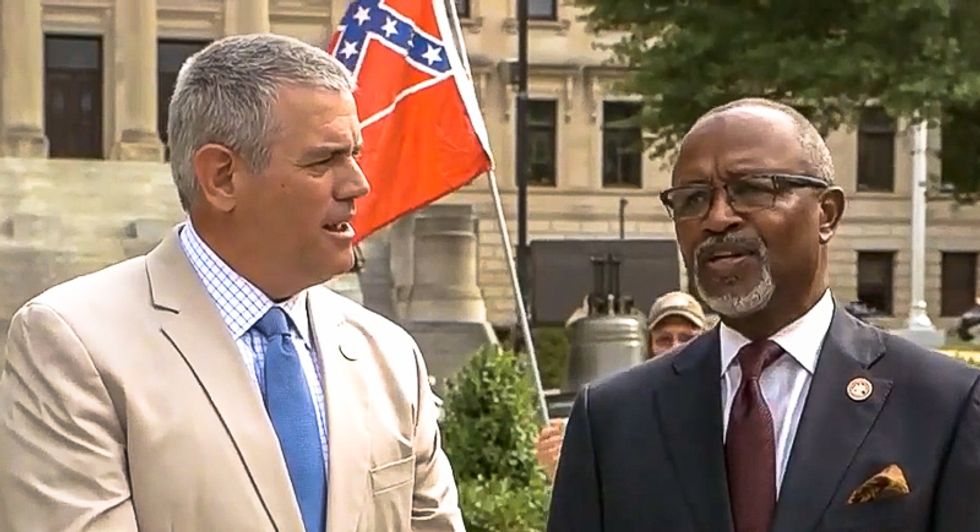 A live television interview with two Mississippi lawmakers was tainted by a man who insisted on flying the state's flag with a Confederate emblem in the background.

As Johnson spoke, a man behind him positioned the Mississippi flag so that the Confederate battle emblem could be seen above the Black lawmaker's head.

"The flag is just a beginning," Johnson said, motioning to Mississippi's Republican Speaker of the House Philip Gunn, who was also in the live shot.

"He decided to cooperate this time," Gunn joked. "That's what happened. And he needs to learn to do more of that."

The remark caught Johnson off guard.