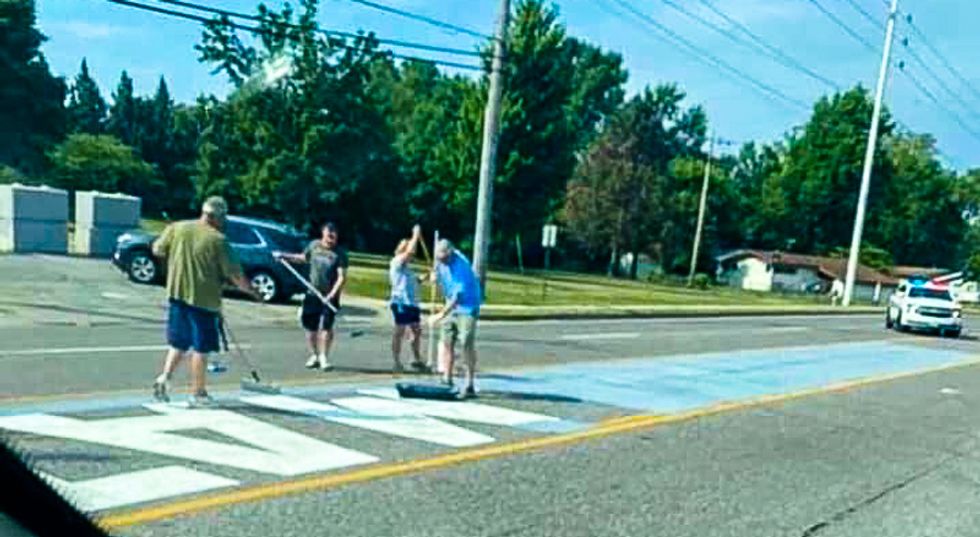 Police in Missouri were seen blocking traffic for a group of white people who destroyed a Black Lives Matter mural.

An image shared on social media shows four people who appear to be white painting over the words "Black Lives Matter" with what was called a "blue line."

In the image, police vehicles can be seen blocking traffic so the four people, who are in civilian clothing, can cover the mural.

According to KMOV, the Black Lives Matter mural was first painted by activists Friday night, but it was covered up by "city workers" on Saturday morning. Activists were said to have replaced the street painting later on Saturday.

"A spokesperson with the police department told News 4 that any kind of painting on the road, regardless of the message, is not allowed in Florissant," KMOV reported.

Florissant police also insisted that the paint was grey, not blue as the images on social media suggest.