MLK III lays into Trump for threatening peaceful protesters: 'We are better than what we are seeing' 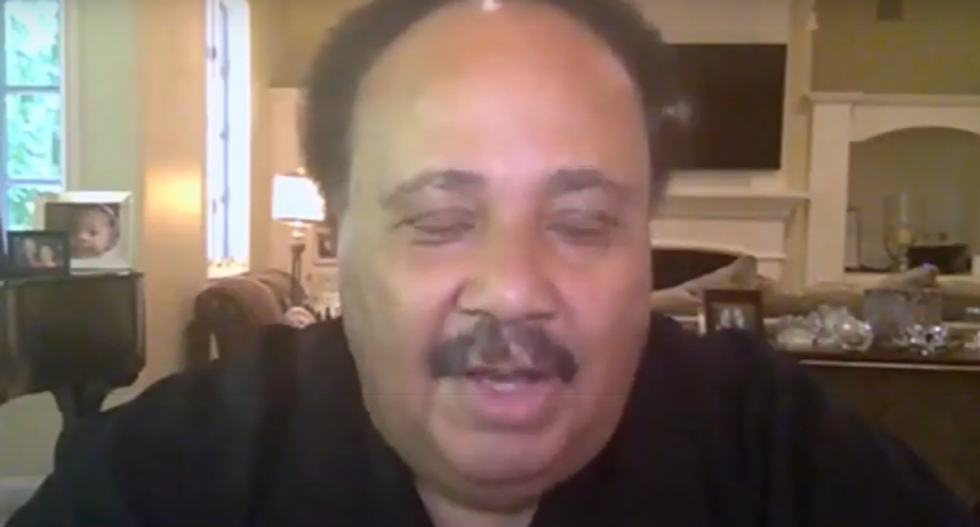 On CNN Friday, Martin Luther King III, the son of the legendary civil rights leader, scorned President Donald Trump for his threats against those intending to protest his rally in Tulsa, Oklahoma.

"You know, Martin, President Trump, he's headed to Tulsa, Oklahoma, tomorrow night, the site of one of the country's worst massacres of African-Americans," said anchor Wolf Blitzer. "The president will be at an indoor rally set for Juneteenth, moved by one day. He also tweeted this today, let me read it to you and our viewers, 'Any protesters, anarchists, agitators, looters or lowlifes who are going to Oklahoma please understand, you will not be treated like you have been in New York, Seattle, or Minneapolis. It will be a much different scene!' What is your reaction to that?"

"It is traditional and what can be expected, which really shows why we have to come together," said King. "Galvanize, mobilize, organize, agitate and vote like never before. Because America needs to hear a different tone of leadership. It is all right to be political, but it is not all right to divide people and divide our nation. We are better than what we are seeing, certainly coming out of the White House, and I think the people in the streets who are protesting show us we are far better than what maybe the White House would want you to think."