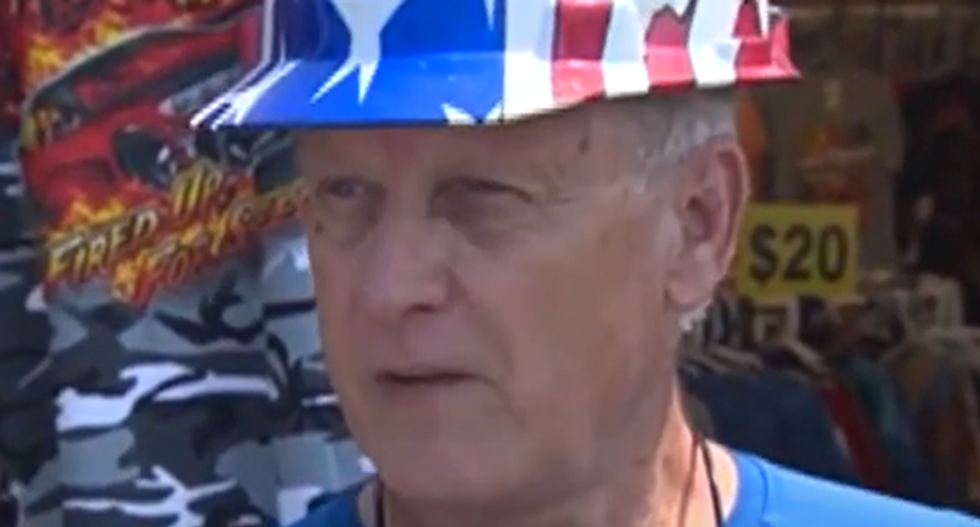 On CNN Monday, following the incident where a noose was found in the garage of Black NASCAR racer Bubba Wallace, sports reporter Andy Scholes said that NASCAR's decision to prohibit the Confederate battle banner at their events and properties has only led to a surge of support for the symbol among many NASCAR fans.

"The Confederate flag is banned on the grounds of the NASCAR racetrack and events, but it was definitely still around," said Scholes. as "A plane was flying over the track before the storms rolled in with a huge flag saying 'Defund NASCAR.' And on the streets there were multiple gift shops selling Confederate flag items. I spoke to some of the gift shop owners and fans and asked them their thoughts on the Confederate flag ban."

"It's a heritage thing with the Southern people," said one person. "I think until you bring it up, it's not a racist thing for them."

"I really didn't have a problem with the flag," said another. "It's just, I feel like they are taking people's rights away."

"The shop owners I spoke with as well say they have seen an increase in business of Confederate flag items since the NASCAR ban went into place," said Scholes. "They say those owners are going to continue to go to NASCAR events and be outside of the grounds selling Confederate flag items and, guys, I also saw multiple cars with Confederate flags driving up and down the roads around the speedway. Clearly there are people out there still trying to make a statement."