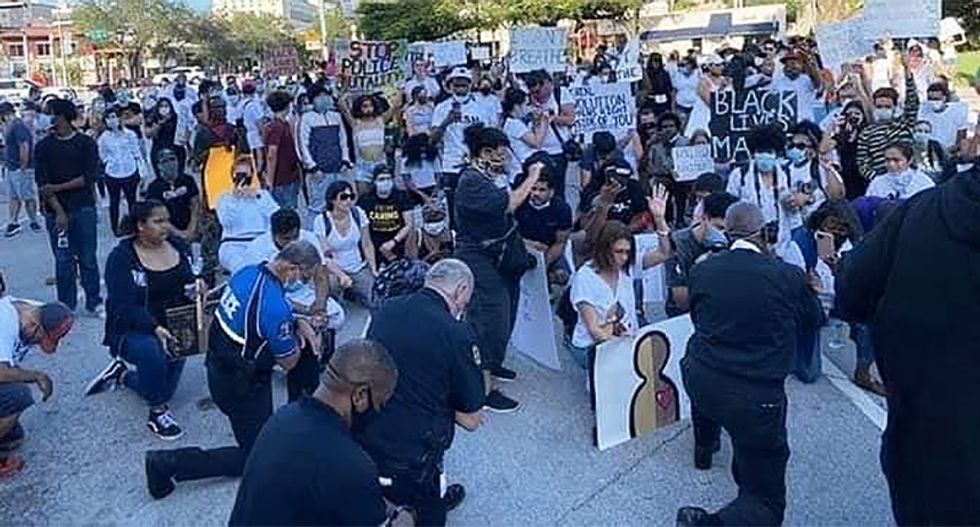 On Friday, the Indy reported that Conrad James, a community organizer in Raleigh, North Carolina, was raided by police in the dead of night and arrested — just hours after he told the Raleigh City Council he plans to sue on behalf of Black Lives Matter protesters.

"Right now, what we’re doing is forcing demands that need to be met in order to meet the same type of demands that happened at the Geneva Convention,” said James at a city council meeting on Thursday night. “You guys committed an act of war, a war crime. A bunch of journalists out in California also had acts of war placed upon them, and they filed a class-action lawsuit. So this is the first time that we are going to notify you guys of the class-action lawsuit that all the protesters will have at your door tomorrow. Because the city attorney needs to defend the war crimes that were voted upon by the city.”

"Five hours later, at 2:15 a.m., according to police records, Wake County Sheriff’s deputies knocked on the door of James’s mother’s home in Willow Spring, arrested him, and took him to jail," said the report. "The charges: He allegedly failed to return a rental car, a class H felony, and he 'unlawfully and willfully' damaged the vehicle, a misdemeanor."

James responded to the arrest on Facebook. "Well played, Fuquay-Varina Police Department, Raleigh Police Department, Wake County Sheriff’s Department. Because of your bullsh*t arrest at 3 am, I was unable to finish the litigation for the class-action lawsuit based on war crimes and violation of the Geneva Convention. Do not worry though — this added emotional distress to the class action lawsuit.”