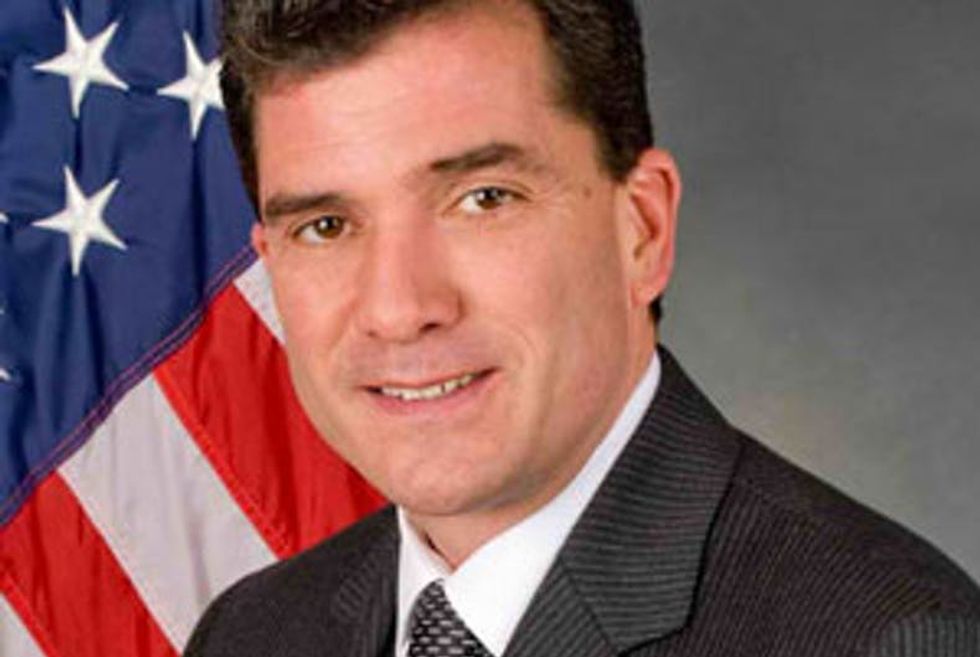 A Republican New York State Supreme Court Justice is being accused by his neighbors of getting into a brawl with them that resulted in one of them getting bit by the judge's wife.

Local news station WKBW reports that Joseph and Gina Mele were accosted by New York State Supreme Court Justice Mark Grisanti and his wife, Maria, after they had allegedly parked their truck in an improper location.

WKBW reviewed security camera footage taken of the incident, which the news station says shows "Grisanti and his wife, Maria, walk onto the driveway of Gina Mele" before "punches are thrown and a string of expletives are unleashed by both parties."

"They started swearing, ‘Move this f*cking truck,” Mele said. “Mark and Maria came over, onto our property, in our driveway...my husband came down from the porch, Maria physically pushed my husband, she punched my husband in the face. I came off the porch, told her not to touch my husband, and she bit my husband’s arm and would not release.”

Joseph Mele, who was hospitalized after the brawl, confirmed that bite marks left on his arm came from Maria Grisanti.

Buffalo Police spokesman Capt. Jeff Rinaldo tells WKBW that police are still investigating the incident, and will not say if any charges have yet been filed.