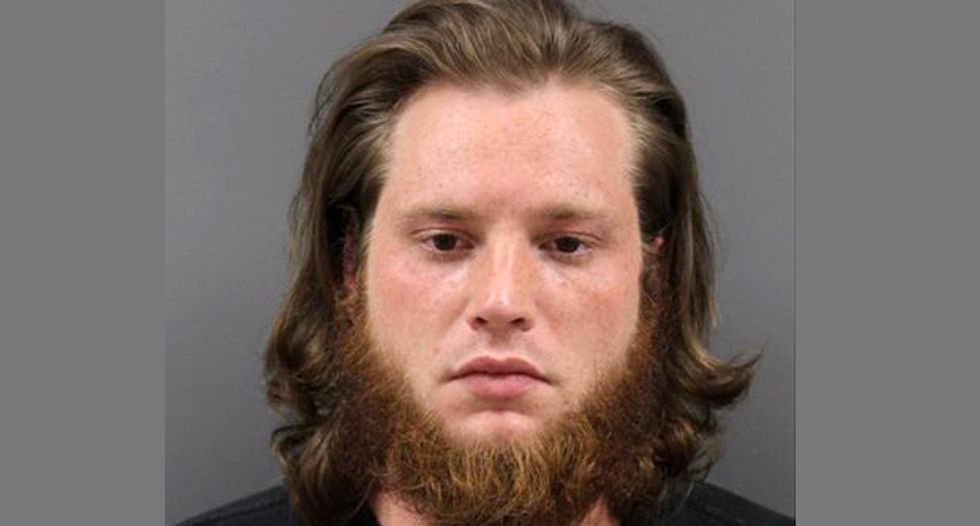 Matthew Lemelin was arrested this week with his brother Michael after terrorizing three Black teens in Manchester, Connecticut and throwing racial slurs in the process.

According to the Hartford Courant Matthew will be charged with intimidation based on bigotry or bias, while his other brother Michael faces second-degree reckless endangerment. Due to the racist outbursts, it could mean that the charges could be escalated to a hate crime.

Matthew, however, is facing more serious charges from an incident in May in which he attacked a Black police officer with a racial slur. Officers said that he had to be subdued with a stun gun.

The recent arrest, the younger Lemelin brother claimed he was drunk and angry on an early Sunday when he went after the three Black teens riding by him on bicycles on Main Street. He claimed that the boys called him a "white cracker," his warrant says. He responded with his own racial slur and then told his brother about the incident.

"Rob what?" or "Rob who?" the boys said the man shouted. He then called them a racial slur. The boys kept riding but then saw another man driving quickly toward them in a Jeep Cherokee, nearly hitting one of the boys. A witness confirmed the "near miss," the warrants claim.

One of the brothers then chased the teens, grabbed a bicycle after the child dropped it and ran. They then took the bike riding it back to Main Street.

"The teenagers told police that people who were outside the nearby Cumberland Farms store told them they knew the men who had terrorized them and that the pair always yell, 'white lives matter!'" at them, according to the warrants.

Michael told police his brother asked for a ride to the grocery store, so they headed back home without incident. He also confirmed his brother had been "pounding back the beers" and was shouting racial slurs at people.

"Surveillance video from the Walgreen’s pharmacy at Main Street and East Middle Turnpike, however, shows the driver of a Jeep apparently searching for the teens -- 'the exact opposite of what Michael Lemelin claimed had happened,'" court documents show.

The video shows the teens running for safety when the Jeep pulls in beside them outside of a bar.

Read the full report from the Hartford Courant.